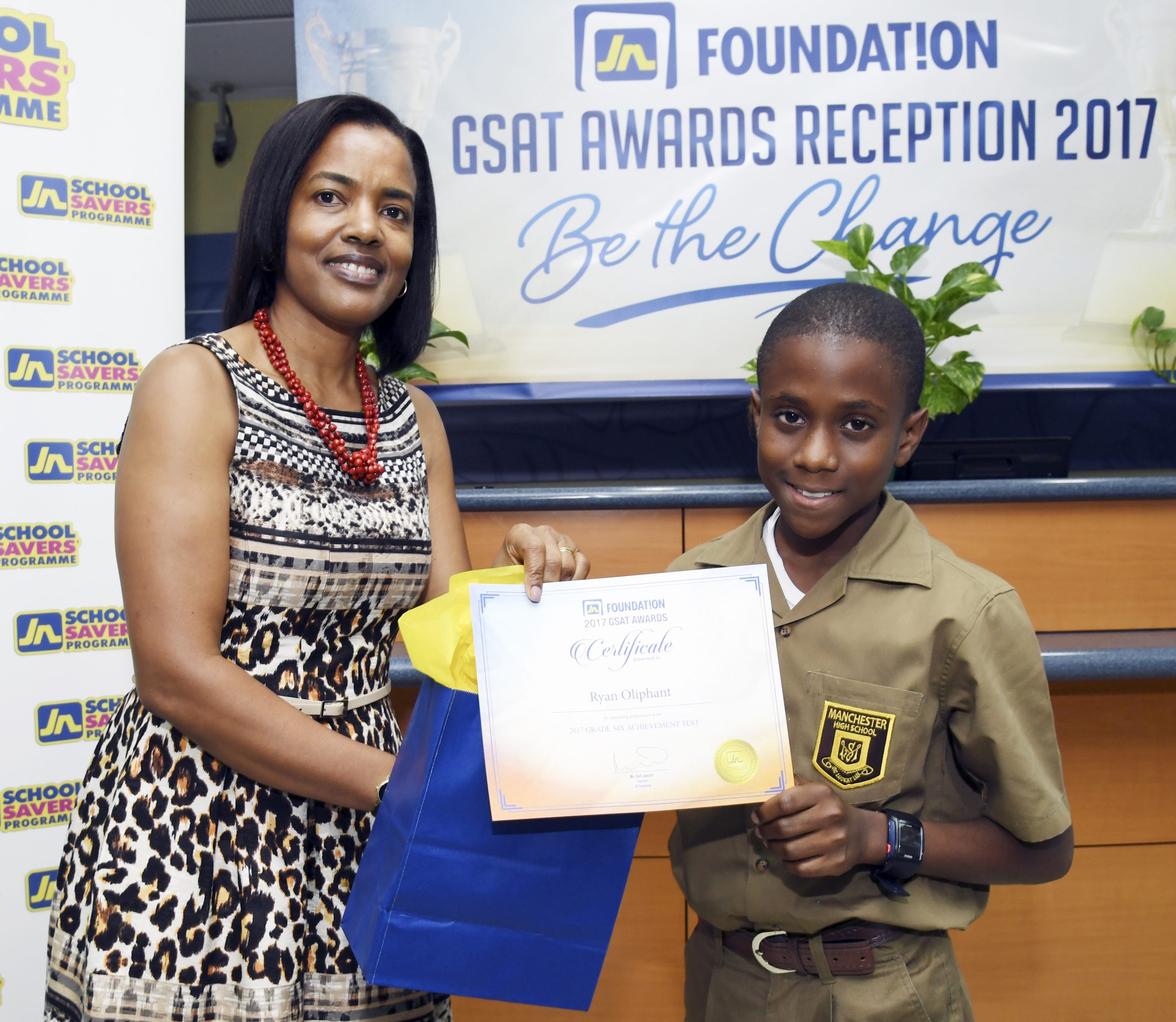 Since the inception of the Jamaica National (JN) Foundation’s scholarship programme in 1983, this year had the highest number of awardees to receive bursaries that should go towards their academic expenses from first through to fifth form.

Forty-one students from all across the island, supported by cheering parents, were present at Jamaica National’s Half-Way-Tree branch to collect their awards, after breaking down all barriers to excel in the 2017 Grade Six Achievement Test (GSAT).

Receiving the parish scholarship for Manchester, Ryan Oliphant praised his family support for his success.

“My family and I were praying that I’ll get good grades and a scholarship, so our prayers have been answered,” he stated.

Ryan gained a 98 per cent overall average in GSAT, and is now a student of Manchester High School.

Besides the parish scholarship category, there were also special areas for the JN School Savers and the children of Jamaica National employees.

Guest speaker Dahlia Harris, delivered an encouraging story to the awardees, placing in their heads the idea to avoid negative influences.

“One of my favourite stories is about two little frogs running up and down in a forest, and who fell in a deep hole. So the whole community of frogs came to see them in the deep hole. The other frogs said you won’t come out, but the two frogs started jumping because they wanted to come out. The people were saying that they were wasting energy. After a while one of the frogs listened and stopped jumping. He stopped believing that he could make it. He died,” she shared with the group of bright young men and women.

“The other frog was not going to be deterred. He jumped and he jumped, and no matter how the people said he won’t come out, he jumped until one day, he eventually made it out. When he came out, the other frogs said: ‘No, man! This is amazing. What kept you going even though we were shouting that you were not going to make it?’ ‘A dat oonu did a seh? Mi think a cheer oonu did a cheer fi mi come out.’ He was so focused. Even when others say change is not possible, we have to keep pressing on”.