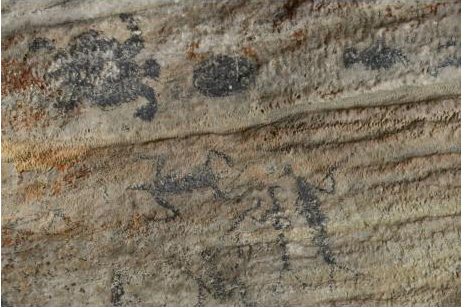 A Walk Down St Catherine’s History

Parish Histories of Jamaica Project, a publication by the JN Foundation in collaboration with the Department of History and Archaeology at The University of the West Indies, Mona, was launched recently.

Jenny Jemmott of Department of History and Archaeology is the lead researcher and writer. Jemmott was assisted by colleagues and graduate students in compiling the information.

History of St Catherine highlights Mountain River Cave in Cudjoe Hill in St Catherine, a natural heritage site, which was declared a National Monument by the Jamaica National Heritage Trust in 2003.

Exploration of the cave can be done after trekking for a mile and a half through rugged terrain and climbing on to steep rocks meandering the river, which is only managed by those who are fit and not faint of heart.

First reported in 1897 by J. F. Dueden, the Mountain River Cave, exact location, according to information from the Jamaica National Heritage Trust, which manages the heritage site, was pinpointed by J.W. Lee, with the assistance of Robert Cooper, whose family owned the land.

The national monument was acquired by the Archaeological Society of Jamaica in 1976, which developed the site, and it was presented to the JNHT as a gift in 1982. A relatively small cave measuring 100 feet in length and 30 feet in depth, it can be a disappointment to those with high expectations of extensive exploration, particularly after making the trek for almost two hours.

The embodiment of the Tainos’ history etched into the rocks and the immense heritage value of the cave will, however, compensate for that disappointment.

Jemmott says that Mountain River Cave is one of many highlights in the history of St Catherine, adding that the parish has several Taino sites.

“St Catherine has many Taino sites where the first Jamaicans chose to live. Only four other parishes – St Ann, St Elizabeth, and St Mary – have more sites than St Catherine,” she said.

SILK COTTON TREE
Other highlights of the history of the parish are its historical landmark, a giant silk cotton tree – Tom Cringle’s Cotton Tree, which for more than 300 years stood on the roadside across from the Ferry until it collapsed in 1971.

“That tree was also of great cultural and religious significance to the Tainos and to Africans, both enslaved and free,” Jemmott said.

However, the parish has prominent historical buildings and structures.

Spanish Town, the old capital of Jamaica, has numerous buildings that are of great historic and heritage value. It has been declared a Historic District and a National Monument by the Jamaica National Heritage Trust.

“King’s House in Emancipation Square was the venue for the reading of the Emancipation Proclamation, on August 1, 1838, and was the destination to which Paul Bogle and his supporters marched in 1865,” she said.

Also enriching the parish’s cultural heritage is the importance of Leonard Howell’s Pinnacle and the rise of the Rastafari; St Catherine is home to The People’s Museum of Craft and Technology, which contains cultural reminders about how St Catherine’s small farmers lived and worked in 19th-century Jamaica.

Jemmott further pointed out that the history of the parish could not be penned without highlighting its agricultural activities. She said that the narrative shows how the Rio Cobre Irrigation Scheme and the Rio Cobre Dam transformed agriculture in the parish.

The historical account underscores the importance of the Rio Cobre Dam and the Bog Walk Power House in the provision of hydroelectric power, which was important not only to St Catherine, but also to the operation of the Tram Car system (early transport) throughout Jamaica.

“It is also important to note the contribution to agricultural growth and diversification made by the freed people who were the small farmers in St Catherine in the post-slavery 19th century,” she added.

“We have completed five parish histories since the project commenced in 2015. These parishes are Portland, St Thomas, St Mary, Trelawny, and most recently, St Catherine,” said Onyka Barrett Scott, general manager of the JN Foundation.

She said that two more parishes are expected to be completed this year.

“We are hoping that by 2021, all 14 parishes would have been written and made accessible. Not only have we captured the historical facts of these parishes, but also the oral history through conversations with senior citizens living in these parishes,” she informed.

History of St Catherine can be found at www.historyjamaica.org.