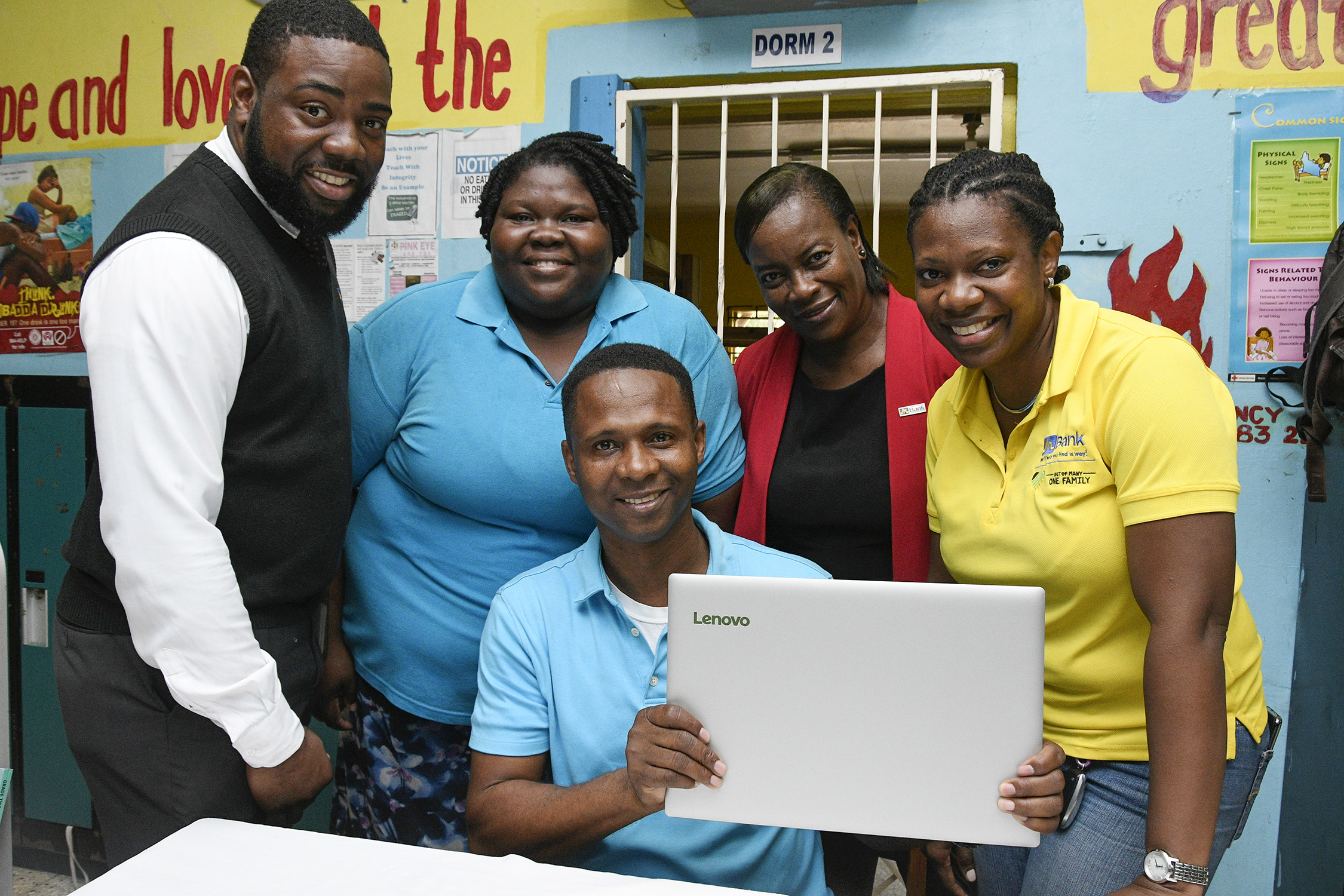 Students and teachers at the Chavannes Basic School in Barbican were in a celebratory mood as the bathroom facility at the 43-year-old school was renovated and upgraded by the JN Bank Member Advisory Council.

“The bathroom was in a really bad condition,” said Caroline Brown, principal of the school. “Termites were eating away at the boards. Then JN came in and they assisted us as the facility became unsafe for the children.”

Brown said that the work involved removing the infected boards, spraying, replacing the bathroom vanity and toilet, as well as repairing the roof and improving the ventilation of the facility.

“The children are happy for it. Therefore, I extend our gratitude to JN Bank as we really appreciate the work which was done to improve the facility,” she said.

Christine Chambers said the Council decided to focus on early-childhood institutions for its project, and, as such, identified several of those institutions which needed assistance. Subsequently, Chevannes Basic School, which had greater needs, was selected.

“We are very happy that the Chevannes Basic School was selected, because those little children needed a bathroom facility which they could use in comfort,” she added.

Saniah Spencer, chief of marketing and product development, JN Bank, said that the Advisory Council was happy that they were able to assist the institution.

“The MAC (Member Advisory Council) tried to identify projects that would have an impact, and Chevannes Basic School is an institution which serves the communities of Stand Pipe, Papine, Gordon Town and as far as Portmore, St Catherine. Our children deserve the best and JN Bank was happy to be on board for the project,” she said.

The JN Bank’s MAC, formerly known as the Branch Advisory Councils, were established in 2006 to provide JN members with the opportunity to engage directly in the identification and selection of projects within their communities and positively