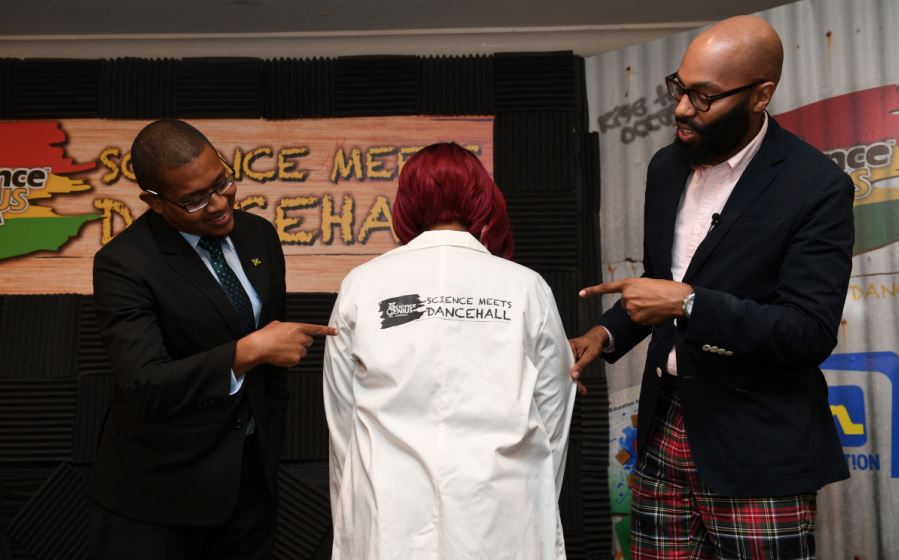 The use of dancehall and reggae music in teaching mathematics and the sciences has been credited by Floyd Green, minister of state in the Ministry of Education, Youth and Information, as a suitable means to deliver the detailed concepts of two of the most difficult subject areas at the secondary level.
Green made the disclosure while speaking with The Gleaner at the launch of the Jamaica National (JN) Foundation Science Genius Jamaica (SGJ) project at the Knutsford Court Hotel in St Andrew yesterday.
The brainchild of Dr Chris Emdin, professor at Columbia University in New York, United States, SGJ is geared towards increasing student interest in the sciences, ease engagement by teachers, and create a space where pop culture is synonymous with learning.
“This will enhance and complement the National Standards Curriculum. The curriculum focuses on different forms of delivery as you have to find different ways to engage different students. Debate of negativity or positivity aside, what is important is the undoubted power dancehall has to connect and impact our young people. So the question is, how do we use it for good?” said Green.

“We’ve had difficulty getting students to the level that we want with maths and science over the years, and those subjects are critical components to the now economy and technology, so we have to find new ways. We’re happy that JN, as a private partner, has decided to try this new delivery, and the ministry endorses it,” the state minister continued.
“Almost as soon as you put out a dancehall song and it’s catchy and creative, the young people grasp it. Imagine if they can do that with scientific theory? That would help them greatly with retention, which would translate to application.”
Grade nine students were identified as the focal point of the SGJ, as crucial subject selections are usually made at that stage, according to RenÈe Rattray, senior manager of learning, development, and culture at JN, who spearheads the project.

– Project is titled #DancehallEd.
– Grade nine students and teachers from all schools across Jamaica can participate in the project.
– Students and teachers are to submit videos creatively conveying aspects of mathematics and science through songs.
– They will compete in clashes.
– The best 20 will get a spot in the project.
– Submissions are to be made by February 28.
– Individual and collective school prizes will be awarded, including upgrade of science labs.
– Students will receive mentorship from entertainers to reaffirm the notion that they can combine knowledge with contemporary style.