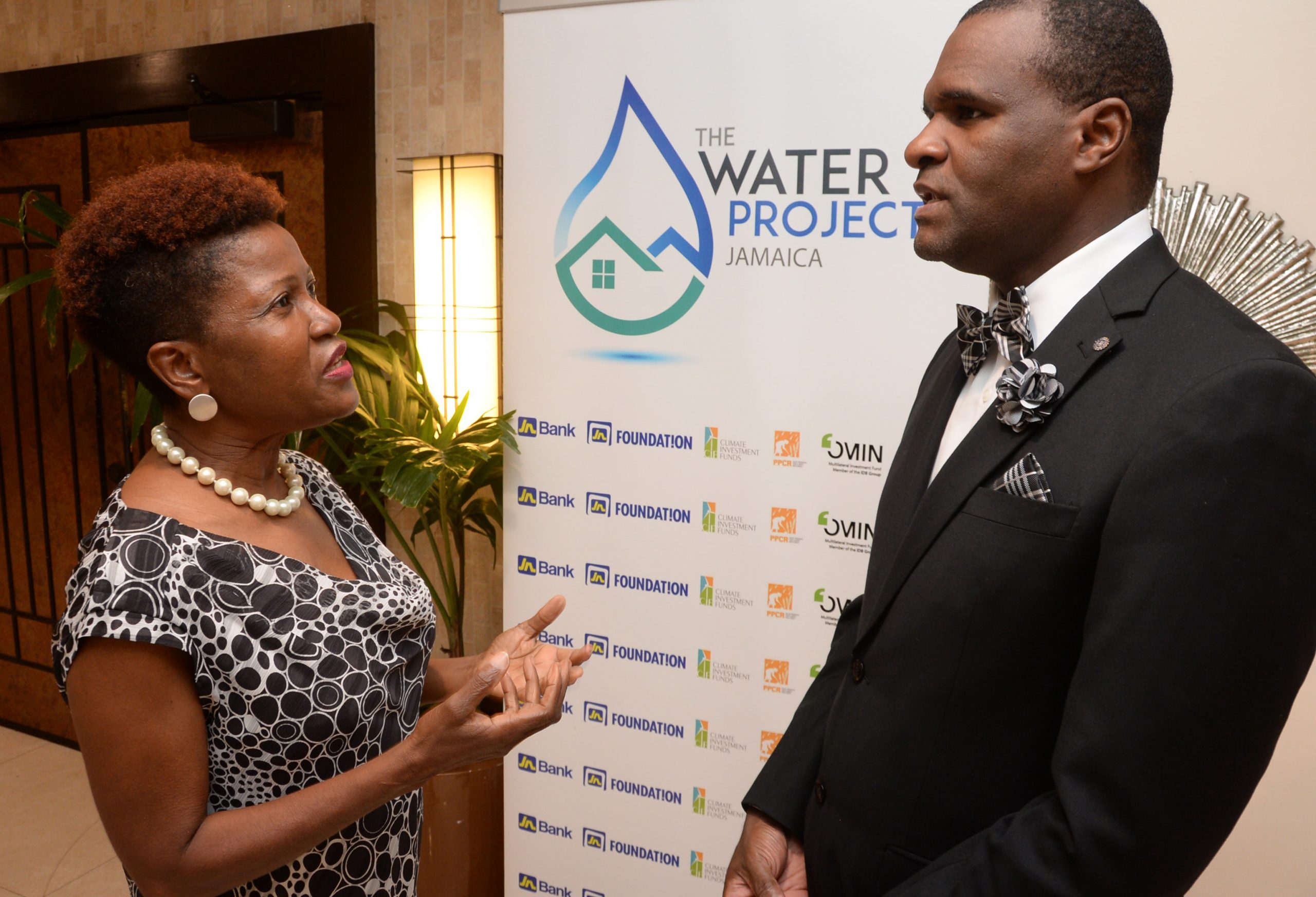 Housing developers are being urged to use water adaptation systems, and to install mechanisms to harvest and recycle rainwater for use in new housing developments.
This is the charge given by the Jamaica National Group’s Water Project Jamaica during a presentation to members of the Jamaica Developers Association, JDA, at a recent members meeting.  The meeting was held at the Private Sector Organisation of Jamaica’s (PSOJ) headquarters on Hope Road in Kingston, on November 6.
Speaking with members of the JDA after the event, Water Project Manager Jacqueline Cameron noted that despite challenges with our water supply, Jamaica has had the luxury of using clean, drinkable water in all areas of our household.  She therefore stressed the need for harvested rain water to be reused in common areas and for flushing toilets. This she indicates is something that our developers and engineers will have to take into consideration as we build the climate smart Jamaica of the future.
Cameron also noted that the Water Project was created to address issues such as these as well as limited financing available for water specific projects in housing developments. “Having recognised this shortfall, the JN Water Project was developed, based on a partnership between: the JN Foundation, the Inter American Development Bank (IDB), JN Bank, Climate Investment Funds, the Pilot Programme for Climate Resilience, and the Multilateral Investment Fund” She noted.
“The great news for developers really is that through the JN Water Project, they will be able to access loans from JN Bank to install water adaptation devices” she explained.
Probably most significant though is that the JN Water Project is the first project of its kind to be implemented in the Caribbean and globally by the IDB.
Robert Stephens, Demand Study consultant for the Water Project, while speaking at the Jamaica Developers Association meeting added “The IDB through the Water Project is looking at Jamaica to essentially set the pace for the rest of the Caribbean; and, the rest of the world, through this project. It has the potential to be up scaled, in terms of its applications, not only for housing, but in other areas, given changes in the market place. Therefore, it is important to begin to educate developers and home owners about the importance of saving water,”

“Climate change is affecting us severely. The fact is that, we need to increase the water resiliency in our housing developments; and, ensure that we use water efficiently, because the next possibility for war in the world could be about water,” he said.
Both Cameron and Stephens stressed the fact that  climate change has become more aggressive, pointing to longer droughts, heavier rainfall and an increase in the number of natural phenomena, such as hurricanes.
In March 2017 the IDB and The Jamaica National Group signed two cooperative agreements to provideJN Bank and the JN Foundation with funding to execute a four-year project called “Financing Water Adaptation in Jamaica’s New Urban Housing.”
This project seeks to enhance the country’s climate resilience through the use of water adaptation technology in the housing sector. The objectives are to facilitate the uptake of water adaptation measures in housing across Jamaica, including the use of rain water harvesting systems, water efficient taps and showers, low-flush toilets, efficient irrigation systems, grey water recycling facilities, and other relevant efficiency measures.