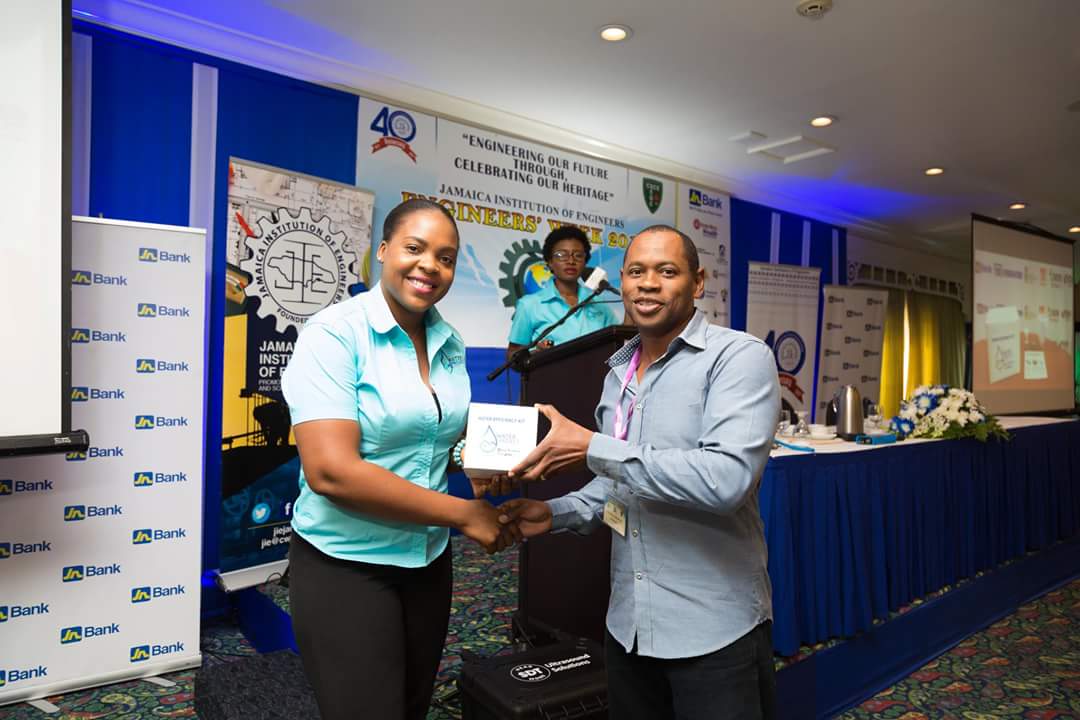 Engineers, who lead major housing development projects, are being urged to construct climate smart and resilient homes and buildings in Jamaica, by implementing water adaptation measures, such as water harvesting systems and water efficient fixtures.

Cicyln Joseph-Johnson, senior project manager at The Jamaica National Group, made that recommendation in her address to participants at Engineers’ Week 2018, which was held by the Jamaica Institution of Engineers (JIE), at the Knutsford Court Hotel in Kingston, recently.

Joseph-Johnson’s presentation focused on the Water Project Jamaica, a four- year venture, which is being implemented by the JN Foundation, in collaboration with JN Bank, the Inter- American Development Bank (IDB) and the Pilot Program for Climate Resilience (PPCR)

“Climate change and its impact are realities,” she stated. “The greater part of the impact is water, when we get floods, droughts, or hurricanes, which are significant. It is getting hotter and drier; sea levels are rising; and, there is positive proof that our people need to adapt measuresto address climate change.”

She argued that “the change” is impacting the island’s water supply and distribution systems that are challenged by inconsistent supplies, which she said, underscored the need for implementing water adaption measures.

In regard to the measures, Joseph-Johnson informed that, “for large construction developments, you may want to look at grey water harvesting; and storing more water, which can be re-used,” noting that a study conducted by the National Water Commission (NWC) revealed that 40 per cent of indoor water use in homes is used to flushtoilets and only five per cent for cooking and drinking.

The senior project manager said that the Water Project, which is the first of its kind in the Caribbean, will assist Jamaicans to adapt to climate change and implement measures that will result in more efficient use of water.

She said the project has two components, with the first being a loan facility, which is being administered by JN Bank, for the integration of water adaptation measures in Jamaica housing sector; and, the second element focuses on technical assistance and sensitisation.

“The loan component is based on the on-lending of funds from the IDB, which JN Bank will, in turn, lend to consumers, specifically developers and householders, to purchase devices that can improve water efficiency,” Mrs. Joseph-Johnson informed, noting that the loan offer, through the bank, will come on stream shortly.

Meanwhile, JN Foundation, the administrator of the project, will carry out public sensitisation sessions; and, conduct “demand and baseline studies,” which in the future will inform other projects of this nature in the Caribbean.

“The JN Foundation, through the project, will build capacity by training persons to understand how to install water devices; and create opportunities for entrepreneurs who market these devices,” Joseph-Johnson relates.

Other activities to be implemented under the project will include: a climate change summit; a pilot study on water efficiency baseline; and the development of a water adaptation guide.

Engineers’ Week, which was partly sponsored by JN Bank, was held under the theme “Engineering our Future through Celebrating our Heritage.”