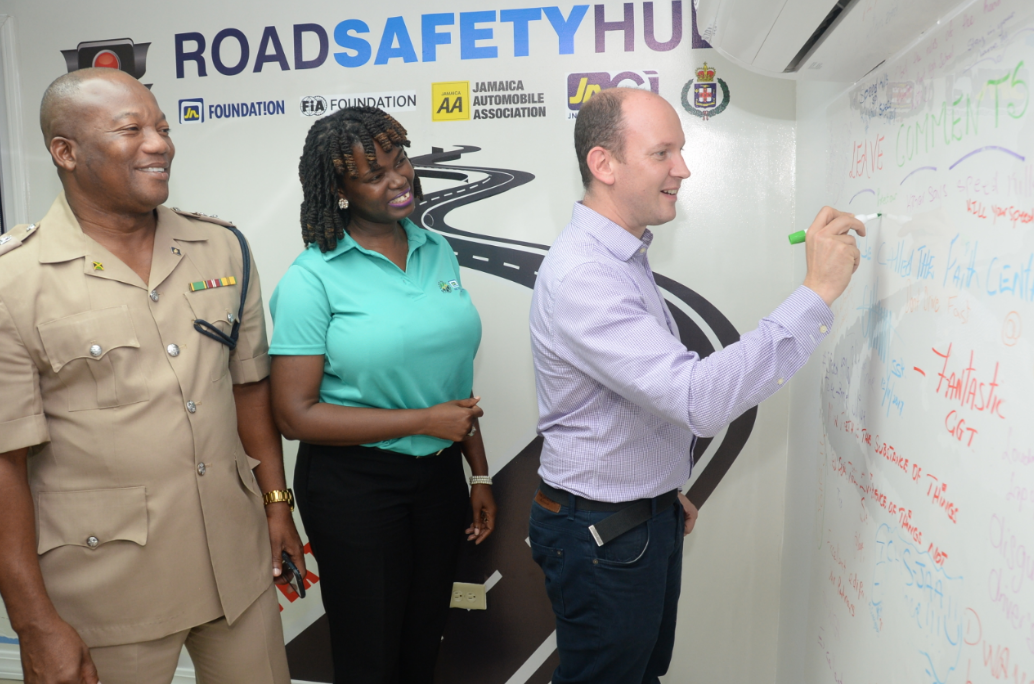 Silverman, who was in Jamaica for the Child Health Initiative /NRSC Safety Policy Forum, toured the Road Safety Hub earlier this month.

“What is amazing in Jamaica is the level of collaborations among the police, the National Works Agency, the Mona Geoinformatics Institute, and the private sector. It is incredible,” said, as he observed the real-time road crash and network data, which is available to the Traffic and Highway Division of the JCF.

Head of the Traffic Division senior superintendent Calvin Allen said that through these partnerships, the new facility has provided information which helps the Division to train its personnel and to better strategise.

“This is live information as to traffic flow at certain points in the Corporate Area. While this will be used as a teaching point, we also use it as a means of re-deploying our officers if we need to. So by monitoring, we can see whether there is a collision at a point, whether congestion exists, and we would use this information to redeploy our resources if necessary,” he said.

The Road Safety Hub was made possible through a public-private partnership with the JN General Insurance Company Limited (JNGI), the Jamaica Automobile Association (JAA), the JN Foundation, and the FIA Foundation.

“We believe in partnership, and we have partnered with several companies, but the JN Foundation is out front, like a Usain Bolt, to make this Road Safety Hub a reality. Thanks to the JN Foundation, (which) has come on board and did all the lobbying for us to establish this facility,” he added.

“We are really grateful to the FIA Foundation for this continued partnership with the JAA and, as a result, we were able to deepen our collaboration with the JCF and other partners based on your support,” she said.

The Road Safety Hub was opened last month by Prime Minister Andrew Holness. It also serves as a community resource centre for residents in the proximity of the Hub.