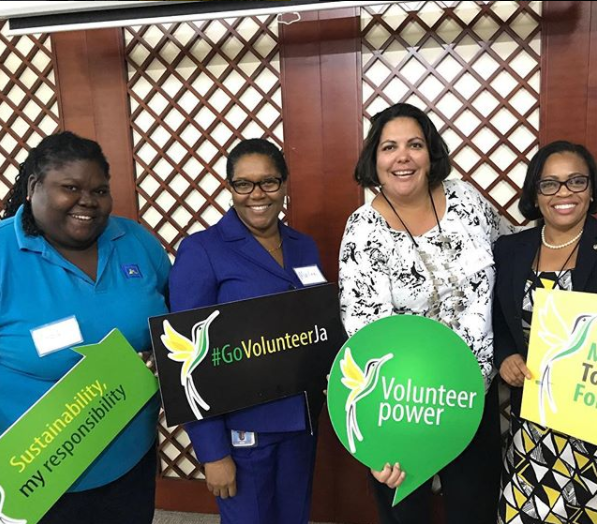 The JN Foundation, an arm of the Jamaica National Group, has been supporting sustainable tourism through many projects it has undertaken during its almost three decades of operation.

“Guided by the ethos of the Jamaica National Group and using business as a force for good, we seek the most innovative and sustainable solutions to address the nation’s major social needs,” explained Saffrey Brown, general manager of the JN Foundation.

“Consequently, when we partner with communities and citizens to solve problems, we hold true to the fact that we are part of the solution the country seeks. But, most significantly, success, for us, is a model in which we strengthen and empower community members, so they can build and sustain their communities themselves,” she added.

Key among this sustainability is the Social Enterprise Boost Initiative (SEBI), a project of the JN Foundation, in partnership with the United States Agency for International Development (USAID). Through SEBI, the foundation worked with 21 entities to build capacity and customise their business development services, designed to improve their profitability.

Brown pointed out that three of these entities – Montego Bay Marine Park in St James, Bunkers Hill Cultural Xperience in Trelawny and EducaTours JA in Kingston – were focused on sustainable tourism.

She also noted that prior to SEBI, the JN Foundation worked with the Junitavan Lagoon, an ecotourism attraction in Accompong, St Elizabeth.

“In recognition of its integral role in environmental sustainability and preserving the culture of the Accompong Maroons, the JN Foundation undertook a project to restore the lagoon to its former glory,” Brown pointed out.

The first phase of the restoration project, an excavation exercise, was aimed at bringing ecotourism and aquaculture to Accompong.

Other successful tourism projects, she said, included work done with the Beeston Spring Community Group in Westmoreland. Under that project, which was administered by the Member Advisory Councils (MAC) set up across the JN branch network, MACs select and advise about projects worthy of funding under the foundation’s mantra of innovating, inspiring and impacting.

The Beeston Spring community members were trained in culinary arts, sewing and housekeeping from a partnership with the HEART Trust/NTA. After graduation, several persons were employed in hotels and restaurants; and some started their own businesses.

Committed to building Ja
It was a natural progression when The Jamaica National Group signed an agreement with the Government of Jamaica to provide planning, management and execution services to mount the United Nations World Tourism Organization’s Government of Jamaica, World Bank and Inter-American Development Bank Global Conference on Jobs and Inclusive Growth: Partnerships for Sustainable Tourism, to take place November 27 to 29 at the Montego Bay Convention Centre in St James.

Onika Miller, managing director of the MCS Group, the non-financial holding company of the Jamaica National Group, said that the partnership with the Government is a testament of the group’s commitment to nation building.

“We welcome the opportunity to forge this partnership with the Government to support this significant conference, which will benefit Jamaica and other Caribbean states,” she pointed out.

At the signing of the contact in July, Earl Jarrett, chief executive officer, the Jamaica National Group, underscored confidence in the JN team and the Government to stage a successful conference.

“Our team of professionals have the experience, knowledge and skills to deliver a successful conference. We are proud to have been selected by the ministry and are confident that our team will be equal to the task,” he said at the time.

The conference is a part of activities to mark the UN General Assembly’s declaration of 2017 as the International Year of Sustainable Tourism. This declaration recognises the importance of tourism and the need to promote inclusive and sustainable economic growth, social inclusiveness, and employment and poverty reduction.

The conference, a first for Jamaica and the Caribbean, is expected to attract local, regional and international delegates.