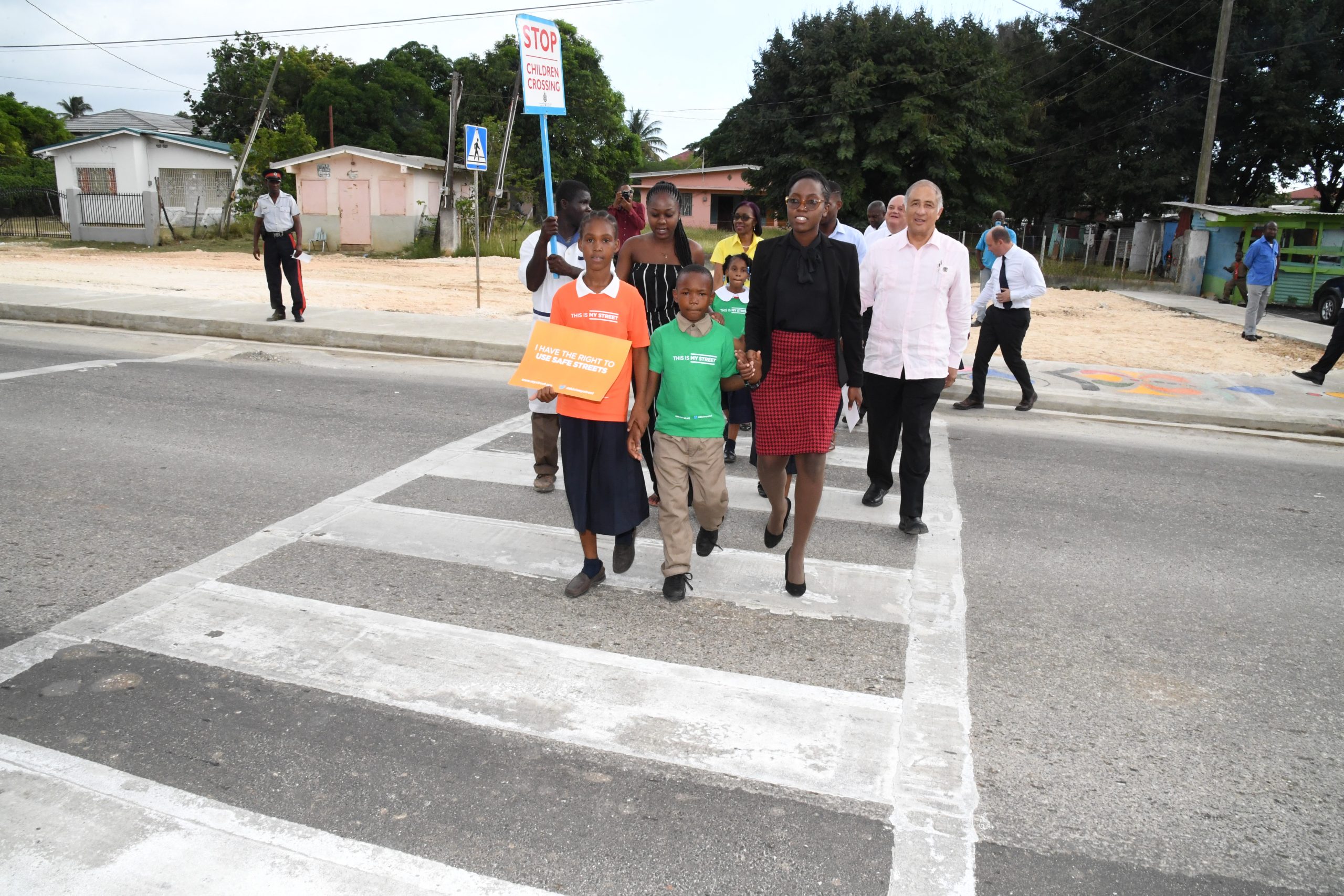 Educator Heather Lyn drives past Hazard Primary School in Clarendon twice daily, a routine that has been the same for many years. But the other night she felt something different as her car drove over something.

This was no accident. She’d driven over the brand new rumble strips installed as part of the ‘X Marks the Spot’ road safety campaign. Over the next three years, the  initiative will make life-saving improvements to road infrastructure and crossings outside 18 schools across Jamaica.

The schools selected – of which Hazard Primary is the first – are some of the worst impacted by road traffic accidents that have killed more than 120 children on Jamaican roads over the past five years.

“Over the past two months I have seen the transformation that has taken place,” says Lyn. “Drivers who are using this road are very conscious that they need to slow down for our children to cross safely.”

The recognition of road crashes as the leading cause of death globally for children over 10 years-old has led to the issue being placed as Target 3.6. of the Sustainable Development Goals – to halve the number of global deaths and injuries by road traffic crashes by 2020.

Hazard has had its share of challenges. “Brutal!” is how Richard Bell, who supervised the construction, describes the situation previously. “Now I feel 100% more comfortable. Before, there was never any control between the cars on the road and the kids crossing it.”

Living on the other side of the road, Bell himself has two children who have to cross daily to attend the school.

School community welcomes improvement
Speaking at the launch of the campaign, UNICEF education specialist Rebecca Tortello underscored why UNICEF became involved. “Getting to and from school should never cost a child his or her life or injury! We look forward to helping more school zones become safer for children and their parents and to increasing advocacy around this critical national and global issue.”

The discipline of all road users remains a concern and the campaign will also work to encourage all persons – whether pedestrians or drivers – to take road safety more seriously. Speeding and riding without a motorcycle helmet, as well as transporting a child without proper child restraint, are among the most common traffic violations involving children.

“What we need to do is to teach the adults about safety in terms of their cars because sometimes police have to stop them about certain little issues. But those little things can create major accidents, so the most major thing is to teach the adults!” said Aaliyah Bell, a student of Jonathan Grant High School in St Catherine, the second school to be reached by X Marks The Spot.

The campaign is  informed by a recently completed Child Road Safety Assessment Report commissioned by the JN Foundation, with support from UNICEF. The report  provided baseline data that guided partners on where to focus the interventions and how best to improve the safety of children on roads as they journey to and from school.