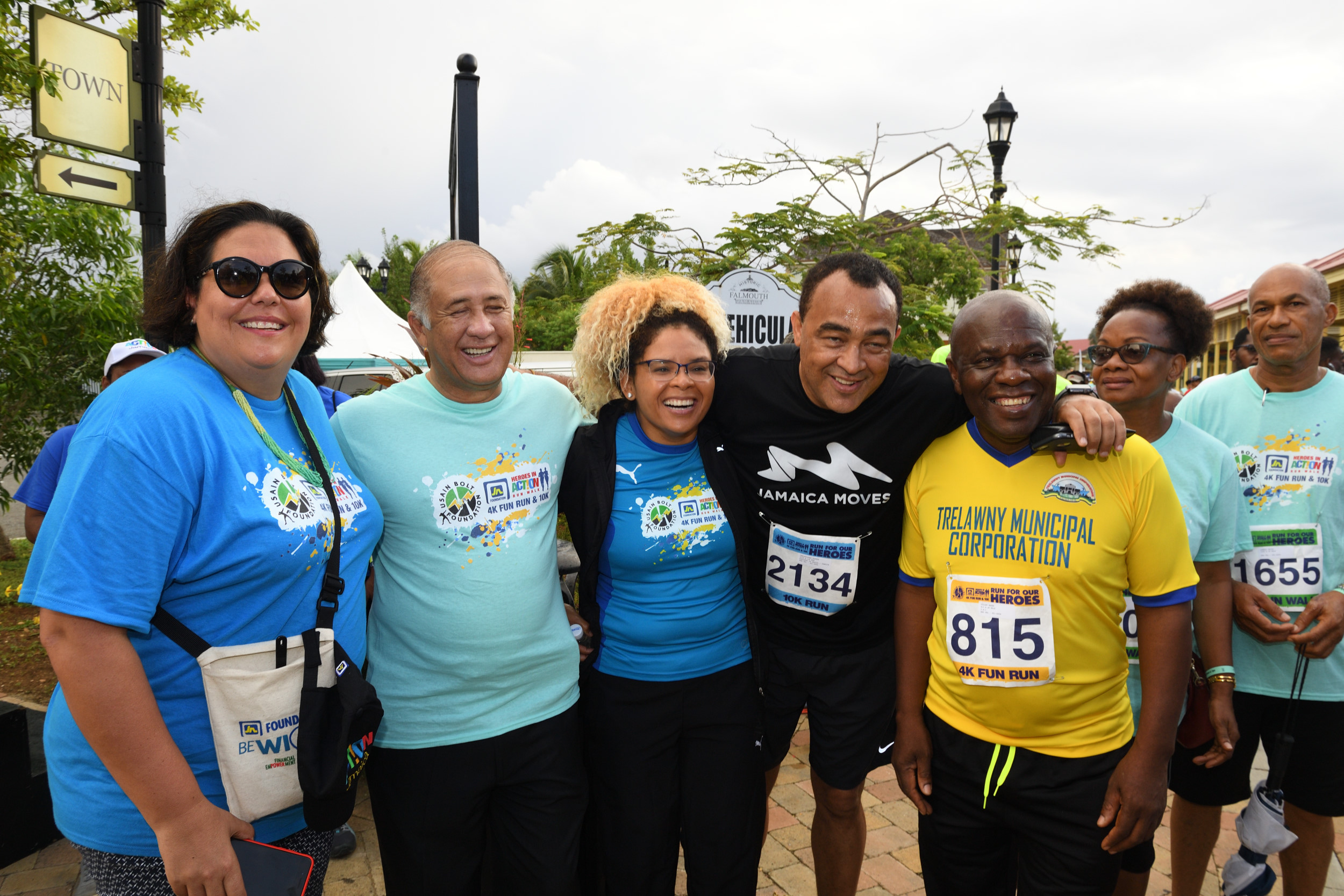 FALMOUTH, Trelawny – Mayor of Falmouth Councillor Colin Gager says that last weekend’s Heroes in Act!on Run/Walk, which recorded some 1,600 participants, has brought exposure and economic value to the historic town of Falmouth.

“It has brought exposure and you can’t beat that. We have people here from nearly every parish coming to Falmouth for this run. Therefore, it is one of those big activities that will boost the parish, and it is happening at the right time, in the right place,” he argued shortly after participating in the 4K Walk on Sunday.

Mayor Gager pointed out that Falmouth is known as a tourism town, and with the third staging of the Run/Walk event, the historic town is now being seen as a “fitness town”.

“I believe that this Run/Walk will get bigger and better. When it started two years ago, it was nothing compared to this year’s renewal. Today, large numbers of persons arrived in Falmouth, and the car parks were filled,” he said.

He also commended the JN Foundation and the Usain Bolt Foundation for partnering to mount the event, and thanked the planners for choosing the Trelawny Infirmary as the beneficiary.

Saffrey Brown, general manager of the JN Foundation, said the event was a success, as the turnout surpassed last year’s numbers, which comprised slightly over 1,000 participants.

“We had an amazing morning, doing a 4K Run & Walk along with a 10K Run; and both routes were absolutely wonderful and interesting. Participants were able to view the beautiful Georgian buildings in Falmouth and posted good times,” she noted.

Bolt, too, was pleased with the turnout.

“I believe that every year we get a bigger crowd, and hopefully, we can continue doing this in the years to come. I’m excited that people actually understand what they need to do, and try to help in their own special way, because when everybody gives back, it all adds up,” he said.

The 4K run in the female category was won by Tamasha Smith from the Jamaica National Group, while Siena Smith of William Knibb Memorial High School was second, and Letanya McDonald of Rhodes Hall High School, third.

The winner for the 10K Run in the male category was Oshane Archibald; Nickoy Harding was second; and Lucien Graham finished third.

In other results, Jason Whynn was first in the male category, followed by Anthony Burrows and Noel Wedderburn, who was third.

Proceeds from the event will be presented to the Trelawny Infirmary. In addition, during the post-event awards presentation ceremony, the Usain Bolt Foundation confirmed a donation of $500,000 to the state-run institution.