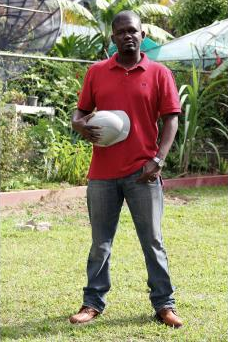 How Saving Helped Me Establish A Solid Foundation

Of all the gifts that Leighton Whyte received for special occasions as a child from his father and found to be the most meaningful was a savings passbook.

He was then a 12-year-old student, already in third form at Calabar High, having passed the Common Entrance Examination at nine years old. He said that nothing could have compared to the pride he had, knowing that he owned a savings account at the Jamaica National Building Society, now JN Bank.

“Having my own passbook gave me a sense of accomplishment and motivated me to save,” Whyte, the acting senior project manager at the Urban Development Corporation (UDC) related. “I recall always looking forward to going to the JN branch in New Kingston with my parents, especially during the holidays, to lodge the savings that I had accumulated at home.”

Whyte’s father, Luther, a plumbing contractor, explained that he opened a savings account for both of his sons so that they could learn to make responsible financial decisions and to cultivate the habit of saving.

“I believe in education and giving children an early start to set the foundation for their development,” Luther Whyte pointed out. “When I was a youngster, my father would encourage me to save from my lunch money, but I never got a passbook,” he added.

In addition to saving from his lunch money, Leighton supplemented his savings with income received from his parents for regular household chores, such as washing the car, sweeping the yard and cutting the hedge. Later, when he enrolled in a two-year construction technology programme at the EXED Community College, he was able to earn additional income from architectural drawings done for family and friends.

He matriculated to the University of Technology, Jamaica (UTech), studying construction technology and architecture, and excelled academically. He also gained employment at Marvin Goodman and Associates, as an architectural intern, while still a student. Following the completion of his studies, he was employed by the same architectural firm. With the habit of saving now firmly entrenched, Leighton established a standing order at work to facilitate automatic withdrawal of his savings, which was sent directly to his account at the building society.

By the time he was 24, Leighton had accumulated enough money to purchase his first car, a gleaming 2003 Toyota Altezza.

“That was another great achievement, knowing that it was all possible as a result of a saving habit that was inculcated in me as a child.”

Today, Leighton still embraces the good money-management principles he practised as a youngster.

“I still have a standing order arrangement for funds from my salary to go into my savings account each month. It is always good to save because it provides financial stability during an emergency, and it comes in handy when you need to make a purchase. I do not own a credit card, because I prefer to save towards whatever I want to acquire,” he said.

Rose Miller, grants manager and leader of the Financial Empowerment programme at the JN Foundation, pointed out that parents should endeavour to encourage their children to save.

“One is never too young to save. Good habits should be introduced to children from an early age and the discipline to save should be one of them,” she emphasised.

Miller pointed out that JN Bank encourages young people to develop the habit of thrift by facilitating a vibrant JN School Savers’ Programme since 2001. The programme is currently in more than 180 primary and high schools in every parish across the island.

Saving is a priority
Rose Miller, grants manager and leader of the Financial Empowerment programme at the JN Foundation, is encouraging everyone to make saving a priority and to establish an amount to be saved monthly. By doing so, saving will be a welcomed task.

“Instead of making ad hoc allocations to your account, determine an amount to save each month and include this amount as part of your monthly expense in your budget. It is recommended that at least 10 per cent of (one’s) income is saved every month,” she advised.

“To ensure that your savings plan stays on target, and that you are not tempted to overlook your monthly savings, you need to work out the simplest way to get money into your account every month. An automatic deduction from your salary, sent directly to your bank account, is highly recommended. A disciplined approach is fundamental in your quest to achieve your financial goals,” he said.