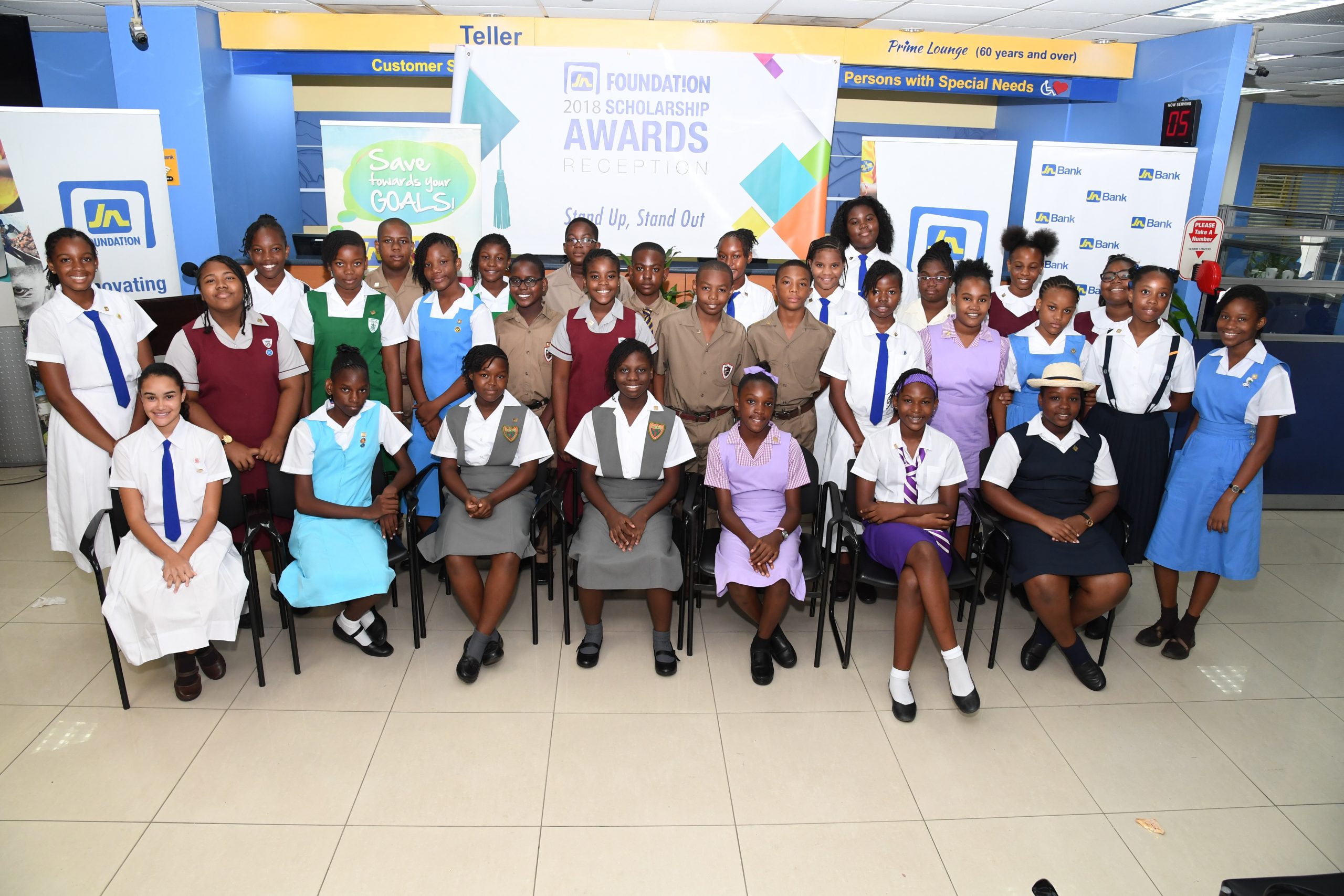 KINGSTON, Jamaica — The JN Foundation says that it has awarded five-year scholarships to 37 students, in recognition of their outstanding performance in this year’s Grade Six Achievement Test (GSAT).

The awards mark the 35th year since the inception of the JN Scholarship Programme in which hundreds of students, including some at the tertiary level, have benefitted, financial institution JN said in a release on Sunday.

Maureen Duckie, a shopkeeper of Sevens Road in May Pen, pointed out that she was grateful for the scholarship award to her daughter, Jada Duckie, who scored 98.8 per cent in the GSAT, JN stated in the release.

“I can’t thank JN enough for the scholarship, because I was able to purchase her books and uniform to go back to school. It was an answer to my prayer. I’m feeling so good about it. God bless JN,” she is quoted as saying.

Jada received the second highest score in the parish of Clarendon, which earned her a place at Glenmuir High, the school of her first choice. Like her mother, she is happy to be a scholarship recipient.

“I cannot believe that I had done so well to receive a scholarship. Leading up to the GSAT I didn’t sleep comfortably because I was petrified by the sound of gunshots, which I heard frequently. I’m so honoured and thankful. I know a lot is expected of me and without a doubt, I will continue to work hard to make my parents proud,” she stated.

“We believe that funding education is an investment in our people, and by extension, in our country. Empowering our young people to achieve academically is a step in the right direction to assist us to achieve the National 2030 Vision of making, ‘Jamaica, the place of choice to live, work, raise families, and do business.’ And, these students will soon be at the forefront of the development of our country. Therefore, our aim to do all we can to nurture their minds and to equip them to become successful citizens.”