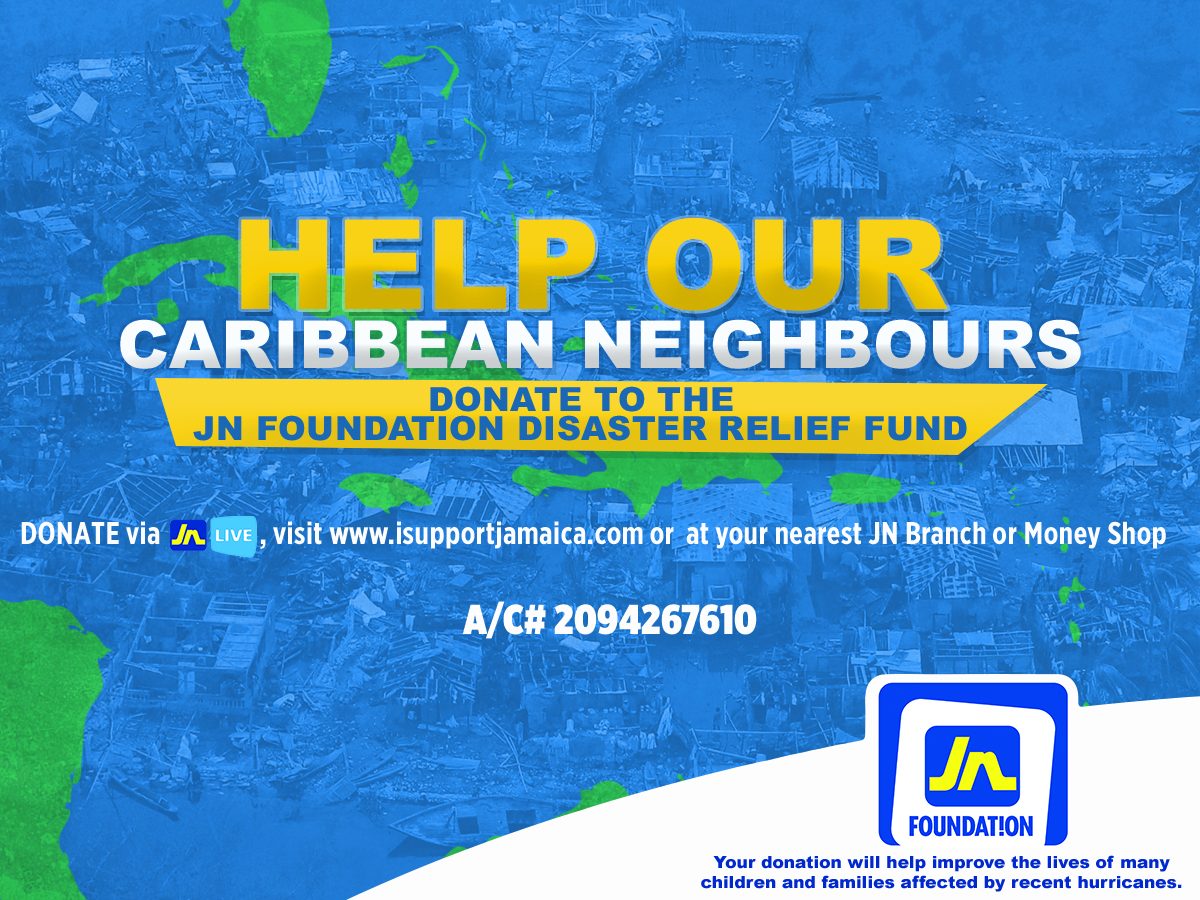 The JN Foundation has launched a campaign to raise funds that will assist Caribbean islands which were devastated by the recent hurricanes Irma and Maria. The campaign, called ‘Help Our Caribbean Neighbours’.

“This is a sad and difficult time for many persons across the Caribbean region, and we stand in solidarity with everyone affected by these disasters. There are many needs that now exist; therefore, we’ve chosen to respond by raising funds to assist with the response and recovery efforts,” she said.

Barrett-Scott said the generosity of donors will help to meet some of the hurricane-related needs and support the recovery plans in the affected countries in the region. The target for the Relief Fund is US$10,000.

“I urge everyone to support the many families and children in need by giving to this disaster relief campaign, and please donate whatever you can. A little can go a very long way,” she added.

Individuals can donate to the fund by visiting the ISupport Jamaica platform at www.isupportjamaica.com and clicking on the donate button; by using JN LIVE; or by visiting the nearest JN Branch or JN MoneyShop and making a contribution to the JN Foundation Disaster Relief Fund, account number 2094267610.

Several islands were affected by major hurricanes Irma and Maria, which moved across the northern Caribbean leaving a trail of death and destruction.

The islands affected include: Barbuda, where more than 1,500 residents had to abandon the island, as it was deemed inhabitable; Dominica, which had 27 deaths and the majority of its infrastructure destroyed; the US Virgin Islands and the British Virgin Islands, where most people are still without power; St Maarten, which had a third of its buildings destroyed; as well as Puerto Rico and Cuba.