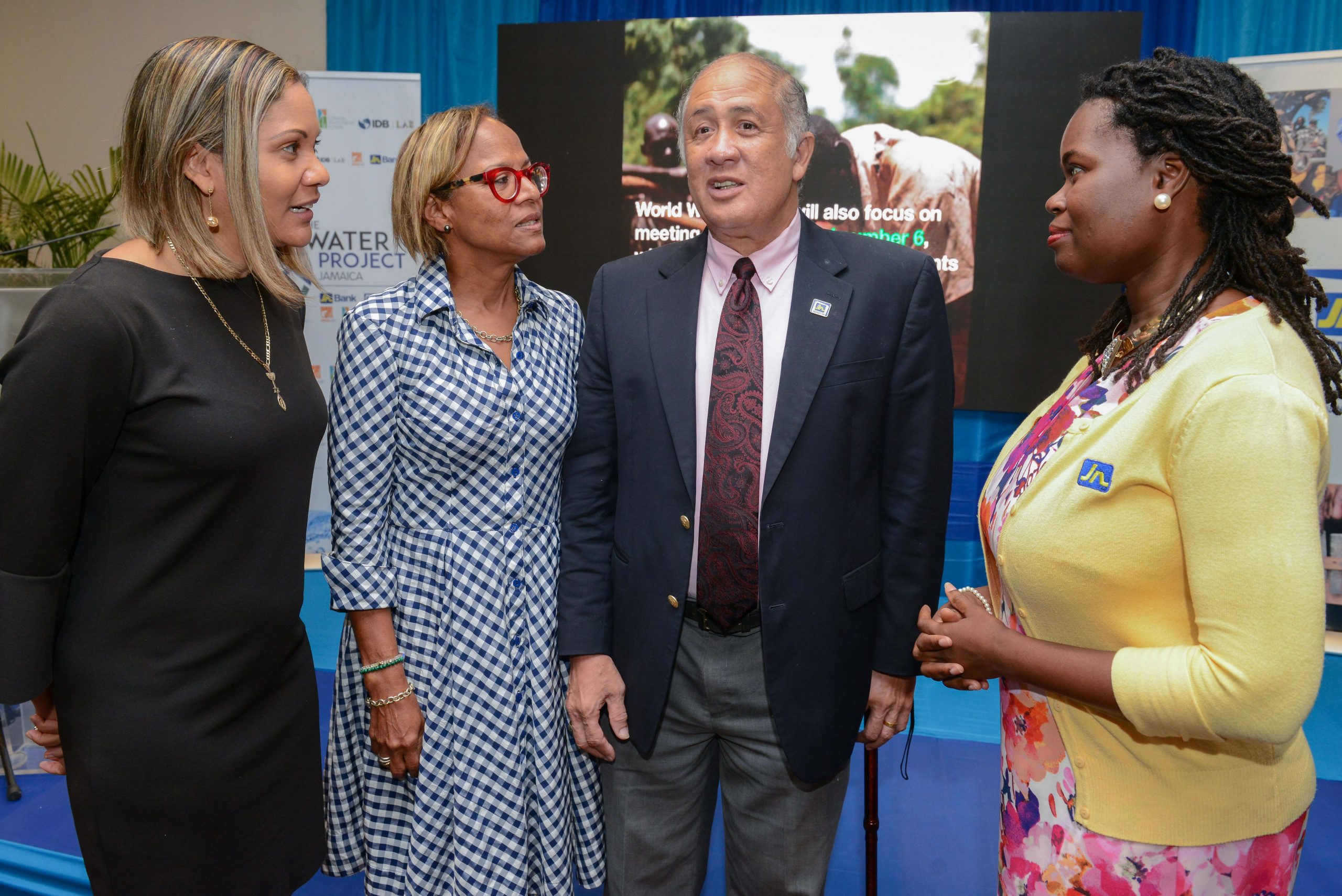 In a bid to build local capacity to design and install a variety of water-efficient measures in the housing sector, the Jamaica National Group, in collaboration with the Inter-American Development Bank (IDB), has launched a 16-week training programme about rainwater harvesting and grey water recycling.

The training programme, which was officially launched on September 11 at The Jamaica Pegasus hotel, will benefit developers, architects, engineers, practising designers, and builders, as well as implementers of rainwater harvesting and grey water recycling systems.The training is being offered through the JN Water Project, which is being managed by the JN Foundation and was designed to address water-management issues, primarily related to climate change. The project, which commenced in March 2017, is a four-year collaboration among the JN Foundation, JN Bank, the IDB, the Climate Investment Funds, and the Pilot Programme for Climate Resilience.

Onyka Barrett Scott, general manager of the JN Foundation, said that the training initiative will seek to drive behaviour change in building practices and encourage a new approach to how we build houses to cope with new climate realities, particularly fluctuations in water supplies due to extended periods of drought.

“It is also aimed at householders. Whether we own the home or not, we are able to practise certain conservation measures at our places of abode, and the overall combination of those actions helps to promote a better response to climate change, which we are now facing,” she said.

COMMENDABLE INITIATIVE
Therese Turner-Jones, general manager and country representative for Jamaica at the IDB, said that it was commendable that the private sector was being engaged in this way through the training initiative.

“Bringing developers together on this particular issue and having JN and the IDB as partners on this project is significant because we are moving beyond the theory of why we need to be doing this,” she said.

Robert Stephens, consultant on the Water Project, said that the objectives of the training for participants are to develop an appreciation for rainwater harvesting and grey water recycling, identify characteristics and the mistakes that can be made, and identify how to avoid these mistakes in building out the systems.

He said that they will be taught how to design and implement rainwater harvesting systems, in addition to costing those systems. The training programme will also examine the components of rainwater harvesting systems, the water-saving devices that can be implemented by homeowners to save water, and factors that affect water quality and water standards.

The course will be delivered weekly via face-to-face sessions and online. The class sessions will be held from September to December.