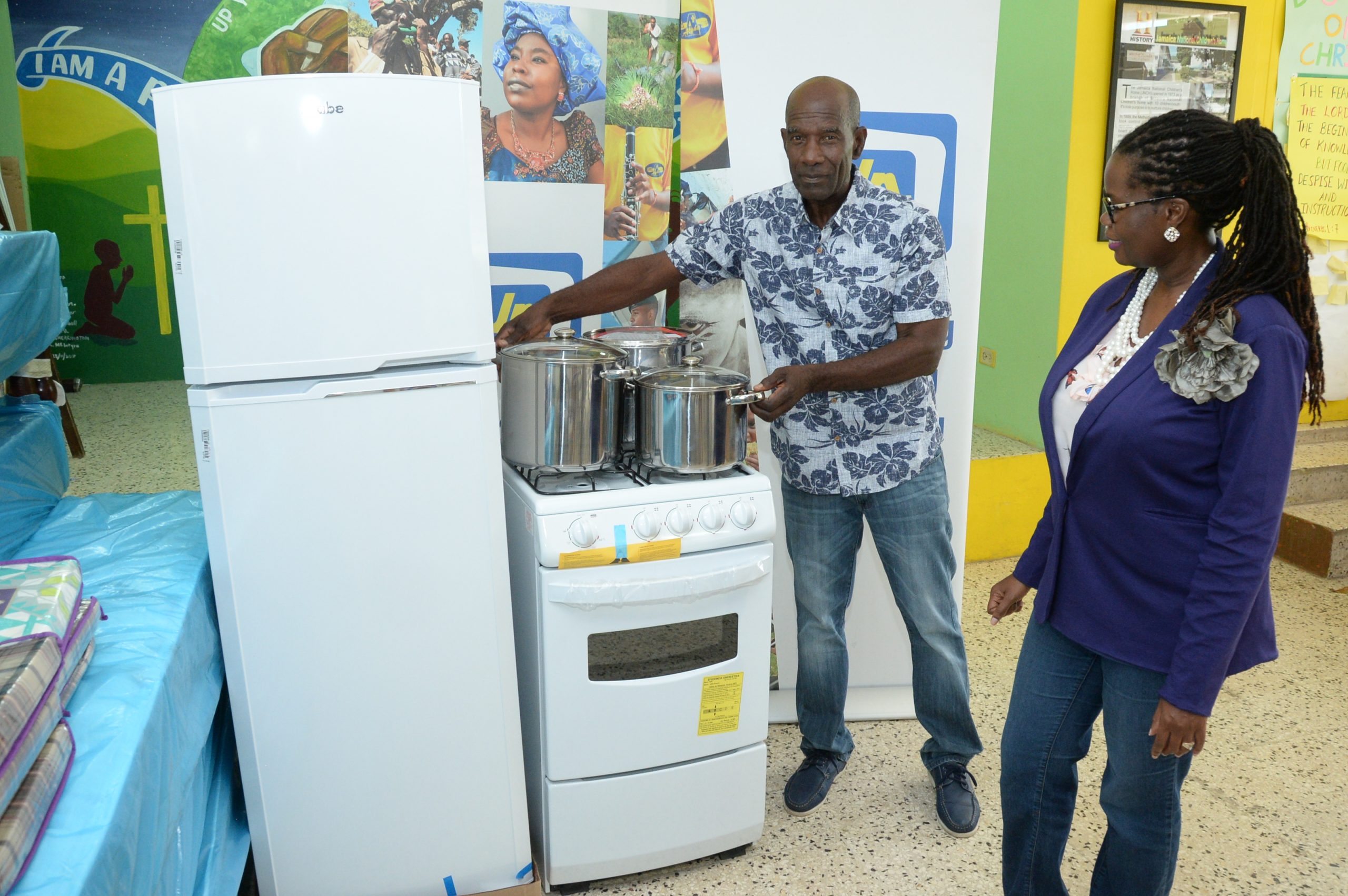 JN Group Provides Relief for Victims of Walker’s Place Fire
They’re coping, however, the effects of the trauma lingers in the minds of many of the children and care givers who escaped the flames from the  fire at Walker’s Place of Safety in Kingston, on the tragic night of January 15.
“It will take long term treatment,” says Leroy Anderson, manager of the Jamaica National Children’s Home (JNCH) in Papine, St Andrew.
Thirteen of the 34 children who were saved from the inferno were transferred to the JNCH, and others are residing at the Maxfield Children’s Home and City of Refuge.
“The trauma doesn’t leave them overnight. There are children who, if they hear an alarm or a siren now, they….” he tried to explain, with sympathy in his voice, but was unable to complete the sentence.
He tried to explain, again: “Some go into reflection and they have flashbacks. However, they are learning to cope,” he concludes.
It was with similar compassion that The Jamaica National Group, through its JN Foundation, responded to the urgent needs of the wards of the Walker’s Place of Safety, going immediately to social media to raise funds to replace the furniture and equipment which were destroyed by the fire.
“In February, after taking stock of the ongoing needs, we created a public appeal via JN Foundation’s social media platforms and several persons, many of them employees, responded,” explained Zola Hinds, JN Foundation project officer, who coordinated the relief efforts.
Through the JN Group Human Resources and Development department, a list of needed items was created, and the funds raised via social media from the public and employees, were used to purchase those items, including: a four-burner gas stove, refrigerator, pots, three double beds and sheets.
“It’s a big relief!” a pleased Mr Anderson exclaimed. “The children, and the home in particular, will use these donations as best as we can,” he said, noting that the home was in need of additional items to make living more comfortable for the 00 number of children they are now nurturing.
“On behalf of the JN Group’s staff and members, we were happy that we could assist,” said Onyka Barrett, acting general manager of the JN Foundation, as she, along with several JN Group employees, presented the items to the home, recently.
“It is a tragedy when children lose their home in that way, therefore, we are happy that JN members, employees and others have responded so generously to that call,” Miss Barrett stated.