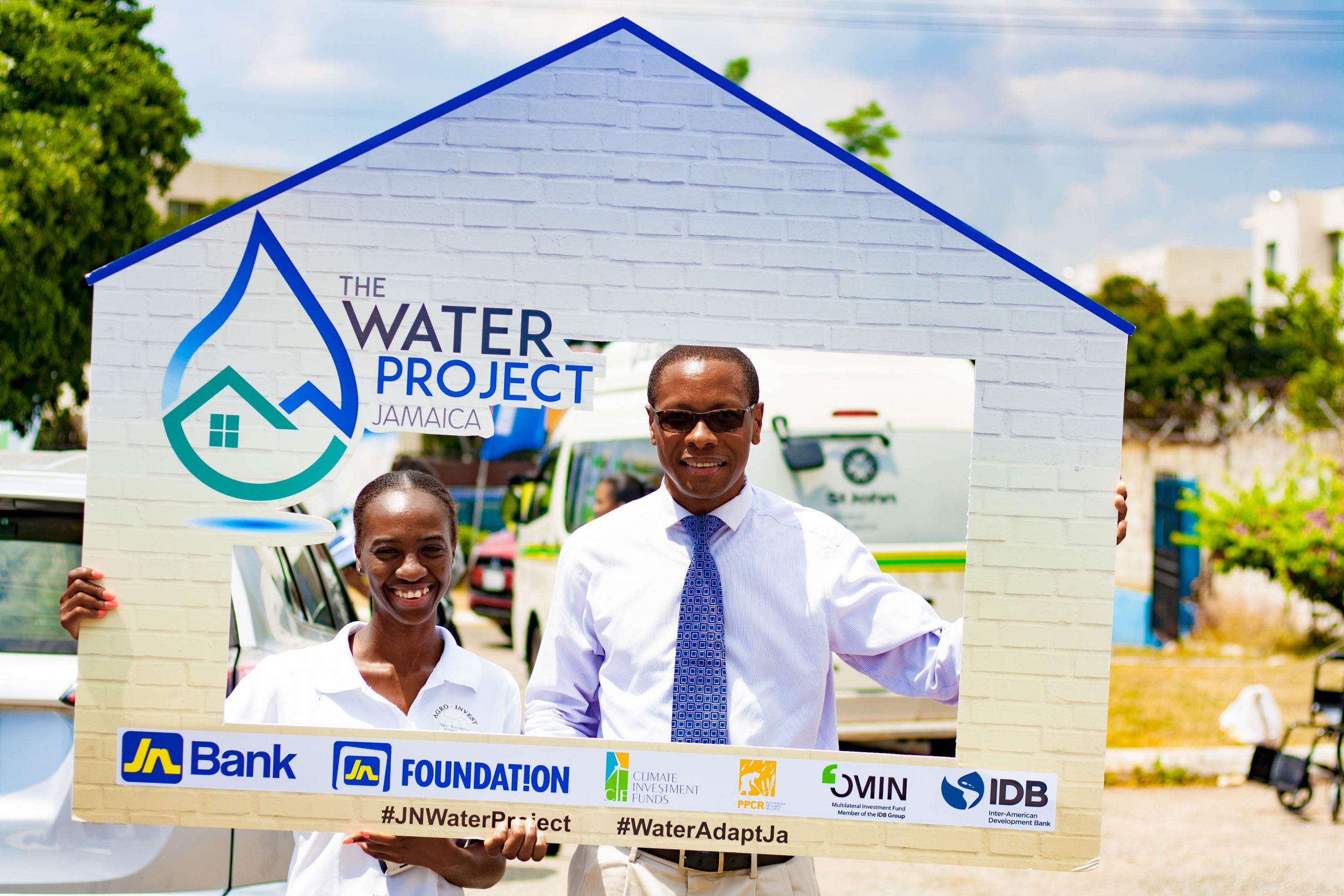 A typical single family home in Jamaica uses approximately 3,000 to 5,000 gallons of water per month with approximately 10 per cent being wasted, according to data from the National Water Commission (NWC).

However, the public company with responsibility for the distribution of potable water across the country notes that water consumption at home can be reduced by as much as 30 per cent, by using proper water saving devices and good conservation practices.
Onyka Barrett Scott, acting general manager of the JN Foundation said that, “The Jamaica National Group recognises the importance of water conservation, especially in an environment where climate change is a real threat to Small Island Developing States (SIDS),such as Jamaica and for many, water lock offs and dry taps are a frequent reality.”As such, the JN Group has partnered with the Inter- American Development Bank (IDB) and the Pilot Program for Climate Resilience (PPCR) to seek meaningful solutions through the four-year Water Project Jamaica.
“The Water Project Jamaica focuses on the important role that householders and real estate developers can and should play, through the adaptation of water efficiency technologies,” she said. “It aims to introduce householders and developers to technologies, which can help us to better manage our water supply.”

Mrs. Barrett Scott noted that in addition to the benefits to the wider householder network,Jamaica National members stand to benefit from the Water Project of Jamaica.

“The JN Foundation, part implementer of the Water Project, has began awareness efforts and will further roll out several activities to foster greater awareness about the many water-efficiency technologies which can be incorporated into the home-building and home improvement process. In turn, several sections of the society, JN members included, stand to experience direct and indirect cost savings and gain economic and environmental benefits,” she explained.
Mrs. Barrett Scott said that the four-year project will not only raise awareness about the threats of climate change; but, will also build local capacity, to design and install water adaptation measuresand provide loans to implement the technologies.
“The loan component of the project will cover the on-lending of funds for the Integration of Water Adaptation Measures in new and existing Jamaican housing and will be administered by the JN Bank,” she said.

Persons can access this loan, through JN Bank, to facilitate the installation of water saving measures and technologies, which would not otherwise have been purchased.The loan component of the project is scheduled to come on stream in September 2018.

In the interim, JN Members can start to take action within their household to be more responsive to changing climatic conditions.  For steps you can take to be Water efficient at home, please read the Water Project’s Homeowner’s Guide to Water Use efficiency at http://www.waterprojectja.com/resources/