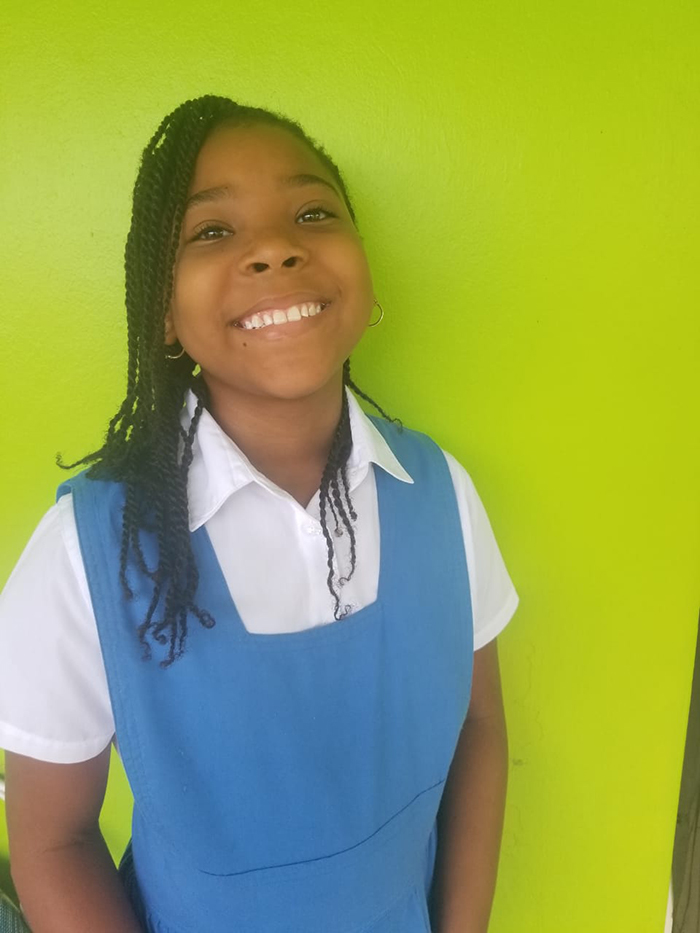 Sydonia Nembhard, the 2021 JN Scholar for St Elizabeth, credits her mother and teacher for her accomplishment in this year’s Primary Exit Profile (PEP).

An outstanding academic achiever, Sydonia earned a five-year scholarship from the JN Foundation, having obtained a placement score of 100 in Mental Ability in grade six and 90s in Language Arts and Mathematics, while in grade four at the Hopewell Preparatory School.  She was on the Honour Roll for grades three and four and was the top student in Language Arts in grade six.  She is now a first form student at the Hampton School in the parish.

Sydonia was one of 37 children who were officially recognised as JN Scholars, during a virtual JN Foundation Scholarship Reception held on September 28.

“I was proud and excited, because my mom wouldn’t have to pay for all the expenses,” she related, adding that because she lives far from her new school, the transportation cost would be high.

Sydonia is 11 years-old and is the only child for her mother.

Suzette Leachman is proud of her daughter’s achievements and was optimistic that her daughter would receive a scholarship.

“I felt good.  She kept saying, ‘Mommy, at least you won’t have to pay school fees; and you probably won’t have to think about bus fare.’ She is always concerned about those things and is very considerate.”

Ms Leachman, a guidance counsellor at Holmwood Technical High School in Manchester, opines that that children who receive active support from parents with their schoolwork, tend to do well academically.

“You have to be involved in your child’s life. If not, they are going to fall by the wayside,” she said.

“What I do is to let all her assignments come to my phone, so I always try to keep abreast of her current work,” she explained, adding that she also monitors her daughter’s Google Classroom for assignments.

The scholarship was also meaningful to Sydonia, as her father, Clive Nembhard, a school bus driver, lost income, as schools have remained closed due to the COVID-19 pandemic.

Sydonia’s grade six teacher at Hopewell Preparatory, Jennifer Miller, pointed out that Sydonia’s success is due to taking the right approach to her schoolwork.

“She was very serious about her work and did everything meticulously.  Whenever she has a task to do, she ensures that she goes about it in a manner that she can get her desired result. If she does not understand, she is going to question you and make sure she understands before she moves on,” disclosed Ms Miller, who added that she was not surprised about the scholarship award.

Sydonia, who enjoys reading and surfing the internet, maintains that other students can similarly achieve academic success.

“Work hard, but do not study too hard, because you may forget the other things you learned. I studied some of the time and try to relax by doing some activities to help me remember the work I learned,” she related.

“When you go to the hospital you see how much people are suffering and I would like to help them,” she explained.

Since the inception of the JN Scholarship Programme in 1983, hundreds of students have benefitted from financial assistance to pursue their education.