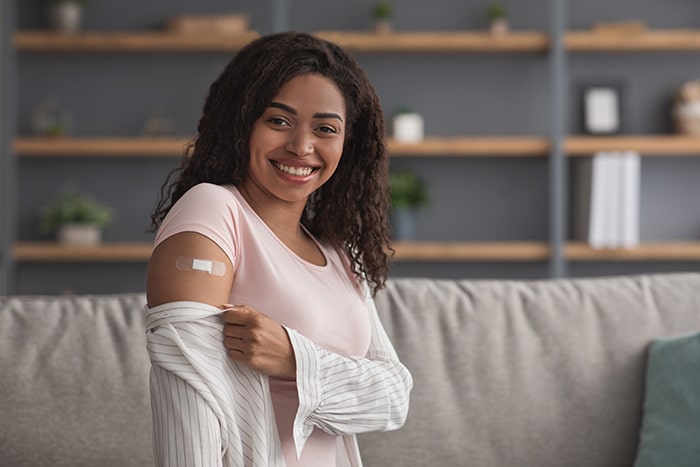 General Manager of the JN Foundation, Claudine Allen, has welcomed the gradually increasing numbers of Jamaicans choosing to be immunised against COVID-19, noting that it’s a sign that the national vaccination message is getting across.

According to the Ministry of Health and Wellness, more than 280,000 people or about 16.5 per cent of the adult population were fully immunised up to October 3, and more than 500,000 more had received at first dose of the vaccines.

“I believe people are beginning to understand that in order to recover as a country, we have to take the jab, and that this is, in fact, not new to us as a country. It has been an effective way of eradicating several deadly diseases, which once limited our development,” said Miss Allen.

Miss Allen noted that despite the gradually increasing numbers of immunised people, disinformation continues to be a concern for her organisation, which is embarking on a campaign to support the efforts to achieve full immunisation against COVID-19 among the majority of its more than 2,000 employees and Jamaicans all over the country. The campaign is set to commence officially this week.

Many Jamaicans remain hesitant about the vaccines, Ms Allen- who is also the JN Group member ombudsman- said, due mainly to organised disinformation locally and globally, which has distorted understanding of how the vaccines protect people.

Aptly called the Immunise…Save Lives, the multi-million dollar JN campaign, is in support of the national COVID-19 Vaccination Programme; and will arm people with information so they can make the best decision to protect themselves and their families, and place the country back on track to achieving its development goals.

“Our discussions with many Jamaicans demonstrated a gap in their understanding of this global COVID-19 vaccination drive and others rolled out in the past during what we knew then as immunisation exercises often at schools and community clinics,” she explained, adding “This has contributed to vaccine hesitancy. We are aiming to reduce the hesitancy by relating to people based on experiences which they have had.”

In pursuit of these objectives, JN will be engaging communities in conversations; establishing partnerships to establish various vaccination sites at several of its locations across the country; and implementing exciting incentives for its employees and members of the public who choose to protect themselves and others from the ravaging disease.

The Immunise…Save Lives campaign will be centred on simplifying information for Jamaicans by using accessible language, visuals and personas. The Foundation will rely on a strategically designed mass education campaign that will engage members of the public and employees in several community discussions on the ground and on radio; online discussions, and other means, to provide information and develop understanding and trust.

Special groups such as the elderly, persons with special needs and transport operators will also be targeted for immunisation.

“We will be using all possible avenues including volunteers, community outlets, public transport and other means to reach people,” Ms Allen emphasised. “And we will be designing vaccine drives in a way so that they are accessible to various groups, even if we have to bring it to them.”

The JN Group network itself is being saturated with messages, as the Group intentionally seeks to influence its employees, who will play an important role in carrying the JN message.

“We are going to be hosting interesting sensitisation sessions with employees and also targeting specific groups to help to carry the message within the network and to the public,” Miss Allen disclosed.

The organisation will be dispensing some $1.5 million in total in rewards over the next three months to 200 people, who will be randomly selected each month from October to December to receive J$2,500 on a JN Money Card for getting immunised.

“The decision starts with you,” Ms Allen stressed. “We urge everyone to play their part by making the decision to protect themselves through immunisation.”