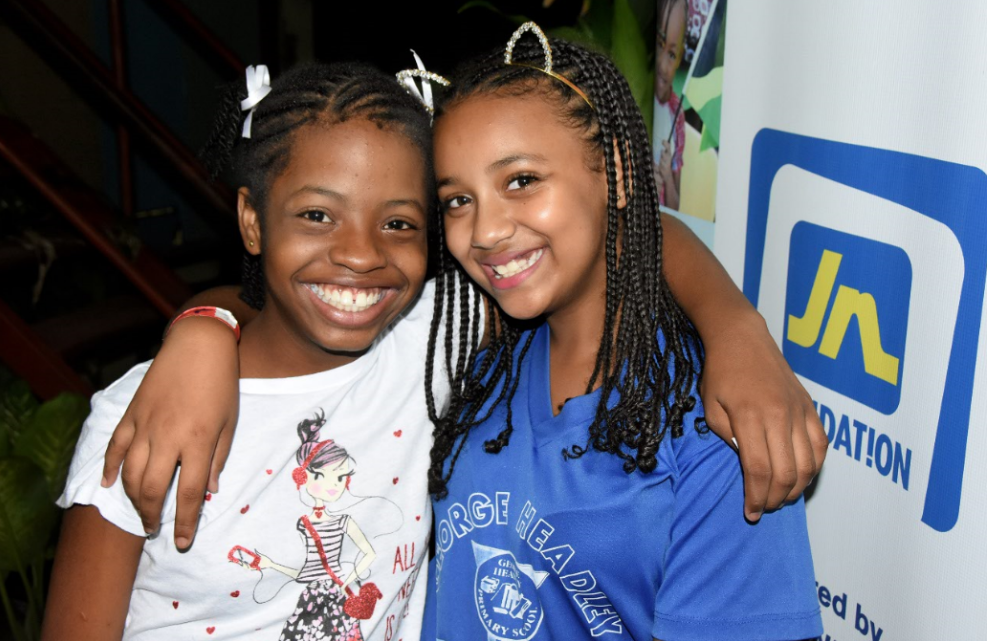 Tens of children hummed the new jazzy ‘carol’ as they exited the Dennis Scott Studio Theatre at the Edna Manley College of the Visual and Performing Arts after viewing A Carol for Moneybags, recently.

A Jamaicanised revue of Charles Dickens’ classic novel A Christmas Carol, also known simply as Scrooge for its popular protagonist/antagonist, A Carol for Moneybags presents a delightful Jamaican adaptation of the old, miserly businessman, who castigates his employees and others for spreading holiday cheer and kindness.

However, similar to Ebenezer Scrooge in the classic tale, old Egbert Moneybags discovers the true meaning of Christmas, and becomes a reformed man after meeting four ‘Chrismusduppies’, visions, which are suggested to be triggered by an undigested meal of stewed peas.

The spirits that visit him include his former business partner, ‘Interest’, who has received a second chance at life as a dreadlocked small farmer and has returned to warn Moneybags to repent; and interestingly, not the Grim Reaper himself, standing ghastly with his sickle, but the media, which is positioned as the ‘Ghost of Christmas Future’, enlightening Moneybags, via a newscast, about the lonely, miserable death that awaits him if he fails to repent.

The audience of youngsters, and even adults, heartily shared in Moneybags’ repentance by the end of the musical.

“Give him a second chance,” one boy pleaded, as the live television cameras focused on him for an opinion on the fate of old Moneybags.

However, not everyone was forgiving. “Him too mean and miserable,” another child murmured.

Whatever they thought about old Moneybags, the lesson was clear: Christmas is about giving and sharing, just as Christ was born to give his life to save the human race.

… Moneybags brings music back to season
The close to 100 children, parents, and teachers attending the performance from the George Headley and Harbour View primary schools in St Andrew laughed excitedly, as the Grinch-like Moneybags hissed and huffed, and shouted and shoved, even when his frail old body seemed unable to do the job.

“The children enjoyed it thoroughly. It was funny, and it certainly brought back the music in Christmas!” commented Arlene Lewis, a teacher of the George Headley Primary School in Duhaney Park, St Andrew.

She added that the A Christmas Carol adaptation, A Carol for Moneybags, made the classic story more relatable to the children, and that it was a good way to continue exposing them to theatre and the performing arts.

“Thanks to JN Bank for inviting us and for also including the teachers and coaches of our quiz team,” she concluded. “Even up until now, the children are running around the school singing Moneybags.”

Chevanese Peters, project officer at the JN Foundation, explained that the performance was sponsored through the JN Bank Member Advisory Councils from the Half-Way Tree, Duke Street, and downtown Kingston branches of the bank.

“They simply wanted to do something for children that would not simply fete them for the Christmas, but provide them with ideas and concepts to underscore the meaning of Christmas,” Peters said.

The advisory councils include employees of JN Bank branches and community members, who identify and implement projects to benefit youngsters and adults in the communities where JN Bank branches are located across the country.

“A Carol for Moneybags provided a fun and meaningful way to achieve our objective,” Peters said. “It certainly raised the spirits of the youngsters,” she quipped. “From their comments, it was clear that many of them got the message.”

A Carol for Moneybags showcases a cast of students currently studying at the Edna College of the Visual and Performing Arts, and is the second production of the School of Drama for the academic year. It is written by renowned playwright and journalist Barbara Gloudon and is directed by dramaturge and director of the School of Drama, Pierre Lemaire. It also features original songs by Conroy Cooper and choreography by Patrick Earle.