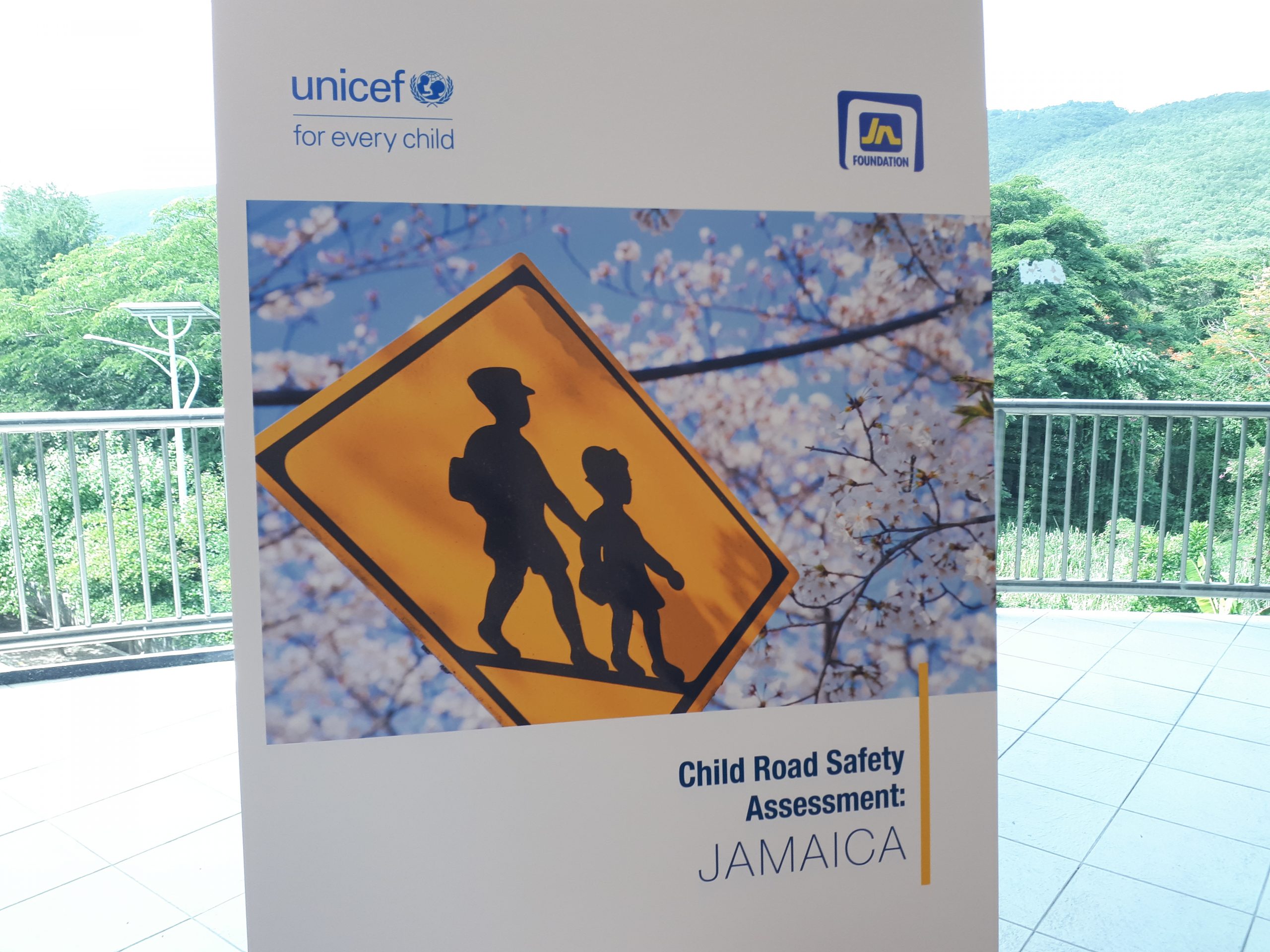 Kingston, including the Metropolitan Area; Westmoreland, St. Catherine as well as Clarendon, have been recorded as the locations where children suffer from the highest number of road crashes and fatalities.
This is based on recent research findings published by JN Foundation in collaboration with the United Nations Children Fund (UNICEF).
The research entitled: “JN/UNICEF Child Road Safety Assessment Report,” was officially launched by the Hon. Floyd Green, Minister of State in the Ministry of Education, Youth and Information, on Wednesday, July 18 at the Regional Headquarters of The University of the West Indies.
Conducted by a team of researchers, led by Dr. Earl Bailey, at the University of Technology, Jamaica, the findings revealed that among children in all parishes, it is primarily boys who fall victim to road traffic fatalities and injuries.

Dr. Bailey, in presenting the details of the research, disclosed that non-school days had the highest percentage of crashes. Meanwhile, the first quarter of each year is recorded as having the highest number of child road traffic fatalities for the years 2010 to 2017. High figures were also recorded in the third quarter, followed by the last and second quarter, respectively.

Dr. Bailey said from 2010 to 2017 the cumulative quarterly average for child road traffic fatalities was 32.

Onyka Barrett Scott, acting general manager of the JN Foundation, said that the organisation endorsed the research because of its crucial importance to understanding and solving some critical factors driving loss of life on the nation’s roadways.

She noted that the information will be used to implement “X Marks the Spot,” the Crosswalk Road Safety Campaign and that selected educational institutions will benefit from any of a number of interventions including bus lay-bys; pedestrian gates; as well as, the widening and paving of sidewalks.

She pointed out that Hazard Primary School, in Clarendon, will be the first beneficiary of the campaign.

“We are happy to be implementing the X Marks the Spot Crosswalk Campaign, as we see major benefits, not only for our nation’s children, but also the communities in which our members reside,” she added.
Meanwhile, Senator Floyd commended the JN Foundation and UNICEF for their support of the research, which he said, will be beneficial to citizens and the country.
The research was conducted over a 10 week period, and the Report focuses mainly on child road safety in Jamaica and particularly the implications for school children.
Sources included the weekly and monthly crash reports published by the Road Safety Unit of the Ministry of Transport and Mining; Crash Spot reports and maps published by the Mona GeoInformatics Institute; the 216 National School geographic data from the Ministry of Education’s Statistical Department; the JN Foundation’s in-house data; information from UNICEF; and from other multilateral support agencies.
In 2015, the World Health Organisation estimated that 1.25 million people are killed, while 50 million sustained non-fatal injuries, annually. Of this number, some 15 per cent were child fatalities; and others suffered long term, or permanent physical disabilities, dismemberment and scars.
The Centre for Disease Control (CDC) maintains that road traffic injuries are estimated to be the eighth leading cause of death globally, and the leading cause of death among young people aged 15–29 years old.

When I’m working on a problem, I never think about its beauty, I just think about how to solve the problem, but whe… https://t.co/yDflgnWu5N
04 Jan 2022
If a project is intense, valid, and has a powerful idea, its imperfections will be in the background
04 Jan 2022
Early in my career...I had to choose between an honest arrogance and a hypercritical humility... I deliberately cho… https://t.co/NFAUFGWh35
04 Jan 2022

House or car? Which should I buy first?

Read more
Copyright © 2020 JN FOUNDATION is a member of the JN Group. All names and trademarks are the property of Jamaica National Group. All Rights Reserved.