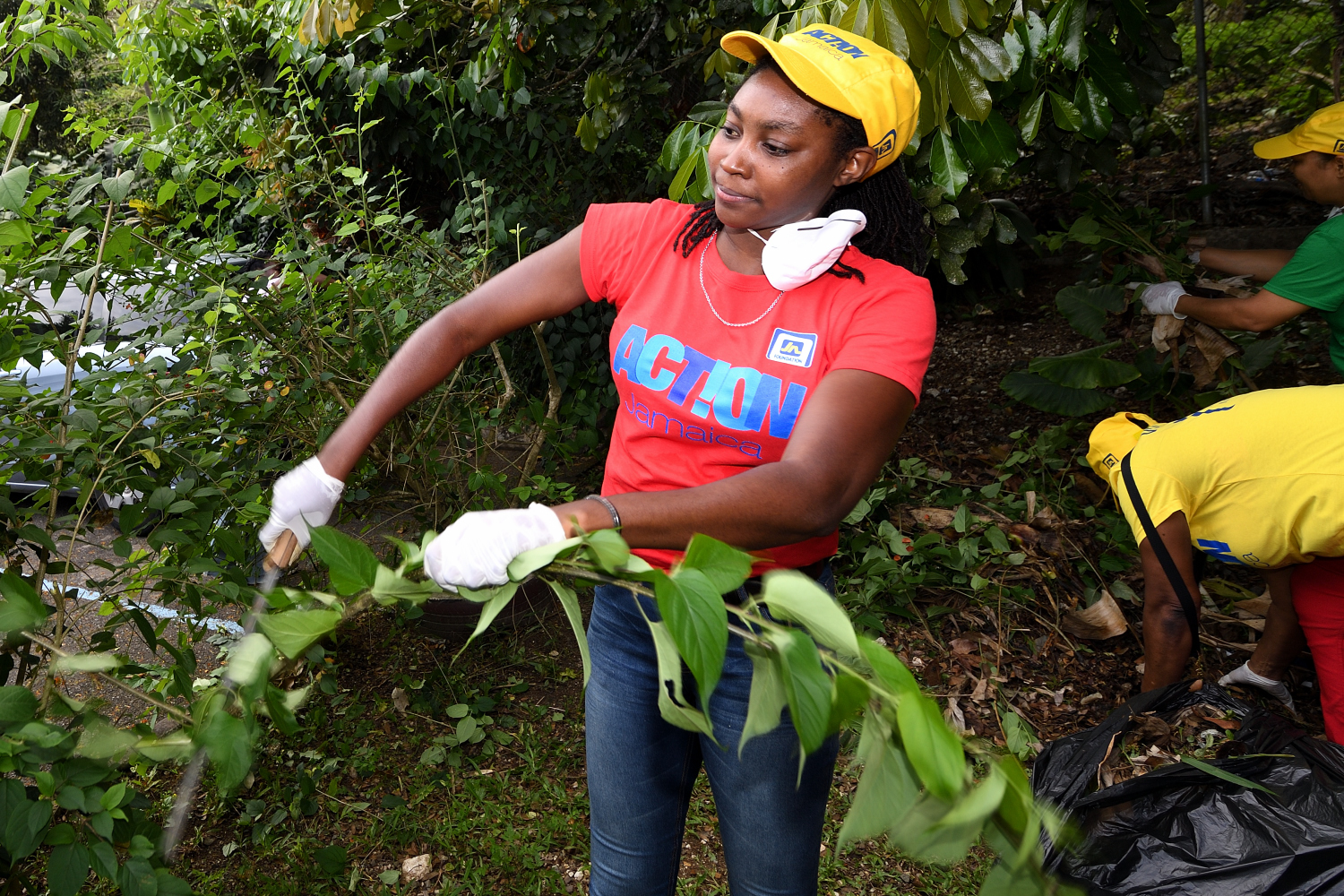 THE Louise Bennett-Coverley All-Age School in Gordon Town, St Andrew benefited from a well-needed facelift with the repainting of its buildings, de-bushing, landscaping and paving from Labour Day activities organised by the JN Foundation.

Onyka Barrett Scott, acting general manager of the JN Foundation, said the school was selected based on the national focus on the areas of health and education, under the theme, “Ramp It Up, Fix It Up”.

“Today, we wanted to take on schools and health institutions off the ‘beaten track’, hence we identified projects in the Corporate Area and rural parishes, where our participation, with the help of volunteers, would make a difference,” she said.

“We are out in Gordon Town and it is a pleasure working alongside the teachers, community and past students to improve the school environment, “ she stated. “The educators were delighted for us to be here,” she added.

Wayne Mullings, principal of the school, said that he was grateful to have the JN Foundation and its volunteers on board, to undertake the needed refurbishing at the school, which is named after one of the country’s cultural icons, Dr Louise Bennett-Coverley.

“We have been trying to improve the environment of the school to make it more conducive to teaching and learning. However, the bathrooms are currently in a deplorable condition and require painting and fixing up. We are, therefore grateful to have the JN Foundation on board,” he said.

He explained that the school, which started in the 1930s, has evolved over the years from being the Gordon Town All -Age School, and was renamed The Louise Bennett-Coverley All-Age School in 2009, in her honour.

“One of our first board chairmen was Eric Coverley, husband of the late Louise Bennett-Coverley; therefore, we were proud to have the Coverley family being an established part of the institution,” he explained.

Mullings also revealed that in 2016 the school was reclassified as a primary school; and is now focused on improving its enrolment numbers and reposition it as a school of choice in the community.

He said that the students were outstanding in sports and cultural activities, won several competitions and performed well in academics.

“We were in the top 10, in terms of performance in the Grade Nine Achievement Test (GNAT) for many years. Most students who came to us from the Grade Six Achievement Test (GSAT) were students performing in the mid-20s and 30s; and we were able to transform those students to high 80s and 90s as they prepared to sit the GNAT exams,” he related.

He also said students made significant improvements in the Grade Four Literacy and Numeracy Exams; as well as the GSAT exams, with a significant number of students from the last cohort achieving passes for traditional high schools.

Philishea Garnett, JN act!on volunteer, said the Labour Day experience at the school was amazing for her, and that a project of this nature was dear to her heart.

“Students need to be in a comfortable environment, where they can play and feel safe. Therefore, what we are doing today will mean a lot to them,” she said, pointing out that, “Citizens should try to embark on projects, especially on Labour Day, as it is ‘a give back’ to other persons in the widersociety.”