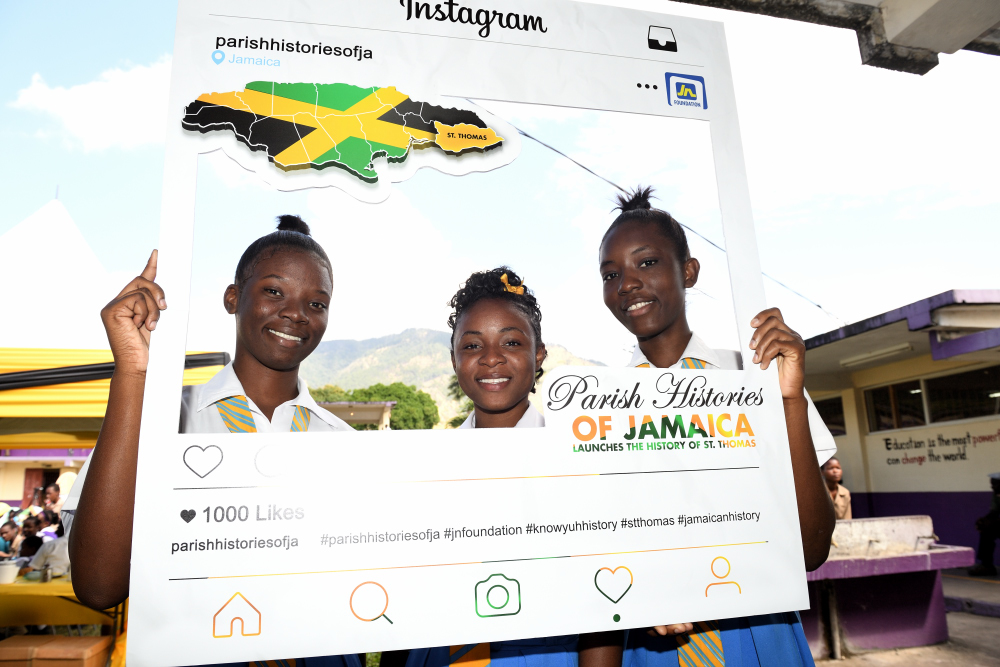 Project in progress to detail history of Jamaican parishes

THE histories of four Jamaican parishes have been completed and electronically published on the Parish Histories of Jamaica website at:www.http://historyjamaica.org.

An initiative of the JN Foundation in partnership with the Department of History and Archaeology at The University of the West Indies (UWI), Mona, the Parish Histories of Jamaica Project documents their rich and diverse stories. They have unearthed the unique spirit, culture and interesting developmental phases of the parishes from their inception.

Professor of Caribbean History and chair of the Department of History and Archaeology at UWI, Professor Matthew J Smith, said the project, which commenced in 2015, has progressed with the completion of the histories of Westmoreland, St Thomas, Trelawny and St Mary.

“What we really want is for new generations of Jamaicans to be able to have these online documents as their first base from which they glean the history of their country; and eventually, they will be able to access information about Trelawny, St Catherine, or any other parish, when they go to the Parish Histories of Jamaica website where they will find a wealth of information,” he said.

Professor Smith stated that the body of work is one way to dispel myths and also explain events and situations that we believe we already know or take for granted.

He further pointed out that the parish history project is the first of its kind undertaken by the UWI, with the repository of information being made electronically for wider public consumption locally and overseas.

“There is so much about Jamaica that we don’t realise or that we take for granted,” said Professor Smith.

“When you get to the point of taking things for granted, the challenge is that you become vulnerable to allowing other things to come into that space without questioning it. And what history does is that it compels you to question the knowledge that you have and what you take for granted,” he added, while underscoring the value of the project to all Jamaicans.

He explained that the history project involved very detailed investigations into the histories of various parishes; exploring how parish boundaries were established and highlighting leaders from each parish.

Sabrina Brown, project officer for the Parish Histories of Jamaica initiative, explained that it is being produced in two main formats, focusing on the written and oral aspects. The written elements are being developed by the UWI, and the oral segments by the JN Foundation.

“Another major aspect of the project is that of community engagement, based on two sets of interviews that were conducted in all parishes. The first is a vox pop which is light, fun and engaging. Residents were asked historical questions about their parishes. The second is a more detailed recollection of life in the parish in which older residents speak about their work and lifestyles back then,” she explained.

Under the project an interview was conducted with the late Violet Mosse-Brown, the oldest woman in the world at the time the document was written. Affectionately known as ‘Aunt V’, she was 117 years old and hailed from Trelawny. Aunt V became the world’s oldest human being on April 15, 2017, after the passing of Italian Emma Morano, who was born in 1899. However, Mosse-Brown died five months after being declared the oldest person alive in the world.

The project officer said that the project also extends its engagement to young people via social media, with its own Instagram account.

Rich historical content and fun facts will be mounted regularly on the site to engage young people to follow new information, as well as to create general awareness about the project.

“The Parish Histories of Jamaica will strengthen social connectedness which falls under the JN Foundation’s strategic theme of social empowerment. Under that theme, the project will also strengthen cultural vitality. It will increase community involvement through a variety of activities designed to engage citizens to discuss their history and to pass on the legacy which will be celebrated for generations to come,” Brown said.

Completion of the project is scheduled for 2019, with full coverage of all 14 parishes. As it develops, people can access the website at http://historyjamaica.org and learn more about the island’s remarkable history.