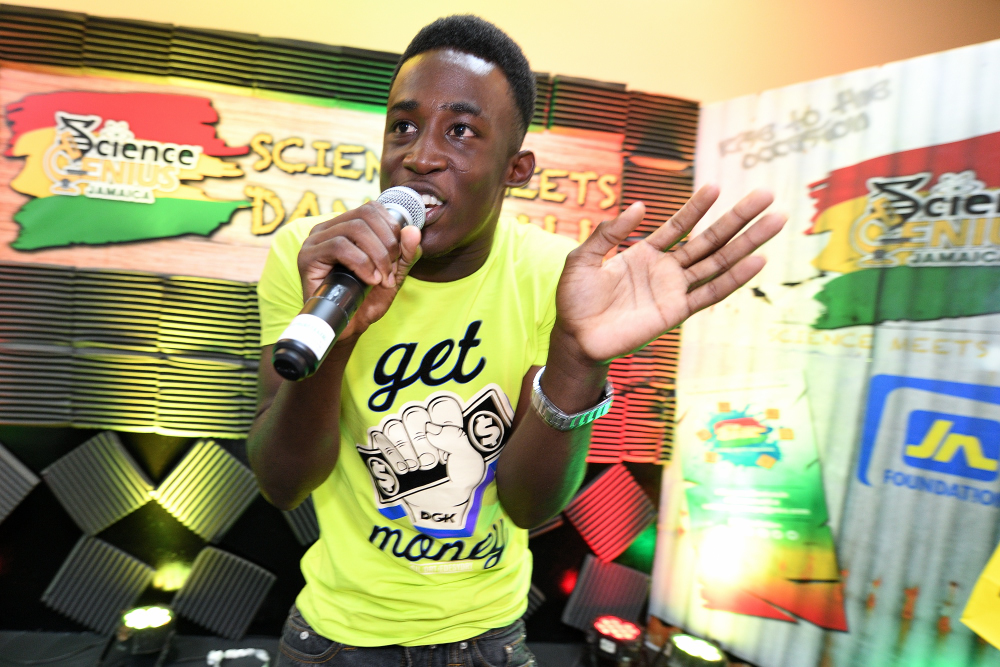 Speaking during the finals of the JN Foundation’s Science Genius Jamaica project at the Carnegie Centre, New Kingston, on Thursday, Tifa and Wayne Marshall, said education is important to both dancehall artistes’ style and competitiveness.

“The lyrics are evolving now; therefore, to be a dancehall artiste you can’t have just one or two subjects, because is not just an ABC thing again. You have to go deep if you want to keep up with man like Aidonia, [Vybz] Kartel, Alkaline…,” Wayne Marshall underscored. He said Kartel, in particular, received distinctions in English Language and Literatures in English at the Caribbean Secondary School Education Certificate (CSEC) level.

“The youths need to understand that education is highly regarded. Right now to be a dancehall artiste, you have to have subjects. It’s not just a pick up and jump up and chat two things anymore,” he said.

Tifa pointed out that corporate sponsors also tend to be more interested in artistes who are known to have strong educational backgrounds.

“Corporate [companies] play a big part in dancehall right now; and if you can’t represent yourself, don’t think you’re gonna be on a billboard; don’t think you’re gonna represent these major companies. You have to align yourself and make sure that what you’re saying makes sense; and that there is substance behind the music,” the artiste, who holds a degree in psychology, counselled aspiring artistes.

Jabuer Martinez of Cedric Titus High School, in Trelawny emerged the winner of the solo category, with his confident performance and his precise and entertaining explanation of the scientific process in his song, Dat is Science.

Dwayne Marshall of May Day High School, in Manchester was second with his catchy and engaging rendition of Pump it Up, which explained the circulatory system; while Britney Boyd of Clarendon College was third, with her anthem to science: Science we Say.

In the group category, May Day High School was first with their lyrically and scientifically satisfying dancehall song Eye Yeye, about the human eye. The all-girls Westwood High School in Trelawny was second, with their chemistry composition about Metals, while Godfrey Stewart in Westmoreland was third with their song, Nutrition..