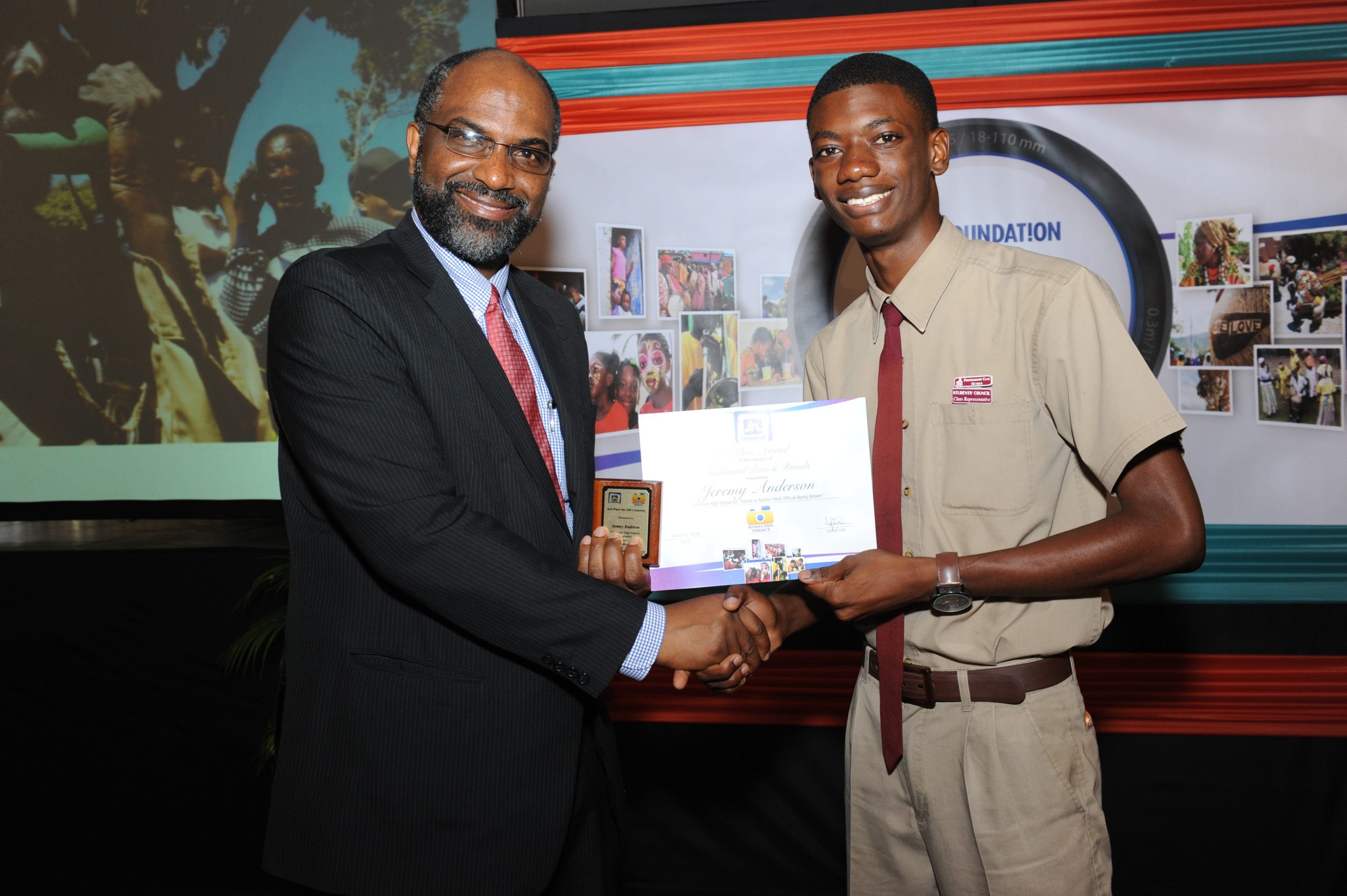 Many youngsters have little or nothing to do outside of the school yard. Since 2003, however, the Resolution Project has given high school students in the rural area the chance to take advantage of the happenings around them. With the help of the Jamaica National Building Society (JNBS) Foundation, students have been equipped and trained in the art of photography and youth advocacy. A little over a week ago, the JNBS Resolution Project Awards ceremony was held at the Montego Bay Cultural Centre to crown this year’s top performers, as well as announce the best photographs taken for each category. The theme for 2015 was “Rites and Rituals.”

This year, 25 schools participated in the competition, with over 12,000 images submitted. Naturally, this translated to a lot of work for the panel comprising of five judges – inclusive of chairman of the JNBS Foundation, Earl Jarrett. The panel was tasked with rationalising how the students brought across the theme. Throughout the event, it was expressed that the panel was very pleased with the direction of the project and the collection of the children’s work, which was published in a coffee table book last year. Jarrett and the general manager of the JNBS Foundation, Saffrey Brown were openly pleased with this year’s participation. Brown admitted that such a project is tricky to facilitate, “we are a very conservative organisation and believe in family values and being Jamaica, the work brought to the fore can be very disturbing… but we have to make sure we don’t censor [student photographers].”

Glenmuir High School dominated the awards ceremony with nine sectional awards, the next best was Anchovy High with two awards. The toast of the ceremony was Jeremy Anderson from Glenmuir High who took home all of five awards, including Best Male Photographer and the JNBS General Manager’s Best Photo Award for “100 miles in my shoes.”

Alesha Rowe, who has been involved with the project since 2012, took home the Best Female Photographer award. When asked how she felt about her award, she told the teenAGE Observer, “It’s good to be rewarded with a camera because it shows that the JN Resolution Project cares about me and expanding on my creativity.”

The Hampton High student, who is looking to take photography seriously going forward, provided advice for budding photographers, “Just go for it [entering the Resolution Project] even if you don’t think you’re cut out to be the ‘best’, because it helps you to develop your talent and become the best that you can be through workshops and the different themes.”

The outstanding photographs will not just end here, with some having the possibility of being exhibited at both international airports on the island as well as entered into JCDC competitions where they have done well. We say kudos to the JNBS Foundation for giving the youth such an opportunity to be creative.