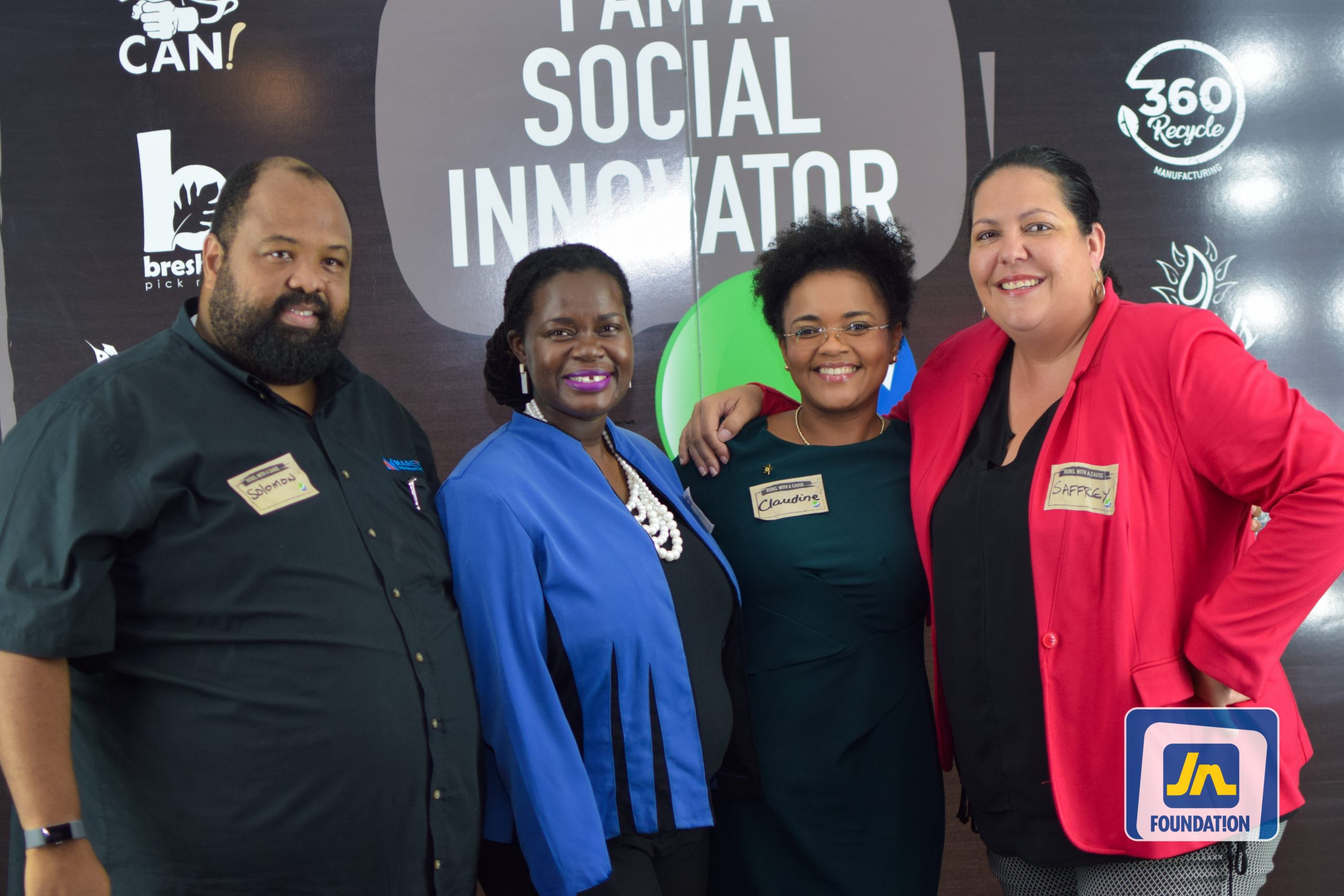 Mixing social and corporate took on a new light in the courtyard of Opa Greek Restaurant at Devon House last Thursday evening at the first staging of the Social Enterprise Boost Initiative’s (SEBI) Biz Mix series.

With summer in full swing, invitees stayed cool as they made connections and enjoyed the evening, titled a night of ‘speed dating’.

Following a Privilege Walk that challenged social enterprise entrepreneurs to reveal the assistance their businesses have received; introductory speeches were given by Solomon Sharpe of Main Event and Kadeem Petgrave of SEBI Social Enterprise EducaTours detailing how they made networking work for their businesses.

For Sharpe it was all about using his network to grow and diversify into an even larger company. Meanwhile Petgrave noted that when Educatours had no resources to fulfil the first booking it received, he realised the need to get creative, and fast, with no small thanks to his Jamaica College-powered network.

It was a night of friends and collaborators, both new and renewed.

Guests mingled in the transformed venue – decorated as a gallery – showcasing the work of SEBI members from across the island and from rural to urban.

They enjoyed the delicious fare of Callaloopita, Chilli Potato Fritters, Opa BBQ Wings, Keftadakia, and stamp-and-go; before participating in the ‘getting to know you’ part of the night.

After a short break it was time to get to the ‘meet’ of the matter. Dubbed a ‘marriage in five minutes’ by master of ceremonies Ryan Dixon, owners of social enterprises were given the opportunity to sit and share ideas, goals and get advice from larger corporations. And the speed dating element? This had to be done in a few minutes before it was time to switch chairs and have the conversation with someone new.

According to Onyka Barrett-Scott, General Manager of JN Foundation, which runs SEBI, “Everyone wants to find the perfect match – even in business. Our social enterprises can benefit from meeting team members from larger companies to gain connections, get guidance and learn how to network. This event is a part of the culmination of over five years’ work for SEBI; we’ve helped catalyse the work of over 20 businesses – who have made a difference in their communities and contributed to the country’s GDP.”