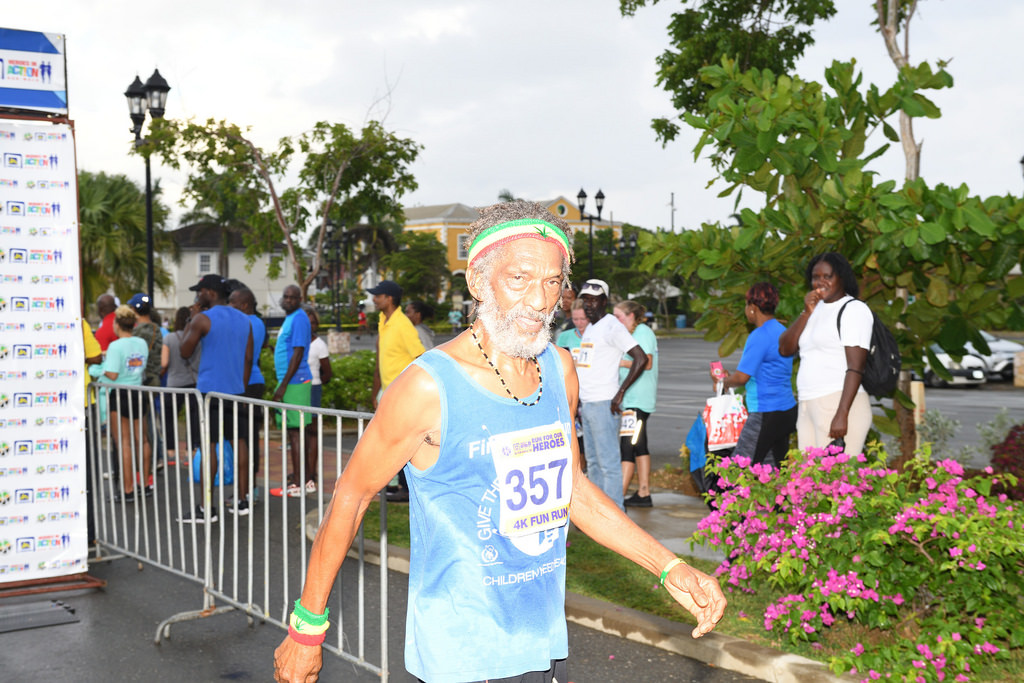 Seniors Run for the “Elders” at Heroes in Act!on Run/Walk

A significant number of mature Jamaicans, including some senior citizens turned out this year to support the Heroes in Act!on Run/Walk, which identified the Trelawny Infirmary as the 2017 beneficiary of the proceeds from the event.

The Run/Walk, which was organised by the JN Foundation in partnership with the Usain Bolt Foundation, was held on Sunday, October 15 in the historic town of Falmouth, Trelawny.

This year’s event attracted 90 year-old Roy Thomas, one of the oldest marathon runners in Jamaica. Thomas, who was the oldest participant to register for the Heroes in Act!on Run/Walk, came in third in the 4K Run in the male category’s Super Masters Age Group 60-99, clocking a time of 42:31.

For 77 year-old Gerline Nelson, who was first in the female category, this year’s Run was special for her. “I run at all times because it means something to me. People who are sick can get help through these marathons,” she said.

Mrs. Nelson who began running marathons back in 2006, has become an expert.  Her advice for keeping fit is to reduce salt, fat, meat and eat more fruits and vegetables.

“No bag juice, no quench aid. I mix my own juices. I go to the market, purchase the beetroot, carrot, parsley, broccoli, cauliflower and blend all of them together and drink it,” she informed.

She has also participated in other marathons in Trinidad, Antigua and Cayman.

Eighty-one year-old Norma Chang, a resident of Falmouth Trelawny, said she was happy to participate in the event as the proceeds will go toward the Trelawny Infirmary.

Onyka Barrett-Scott, partnership and development manager at JN Foundation, said that the Trelawny Infirmary was selected as this year’s beneficiary because of the important role that the elderly played in building communities.

“We believe in our elders. We know that they played important roles in the building of communities that we now call home; and, therefore, it is only fitting that when they reach their golden years that they can continue to live with dignity and in comfort,” she said, noting that proceeds from the race will be used to improve facilities at the Trelawny Infirmary.