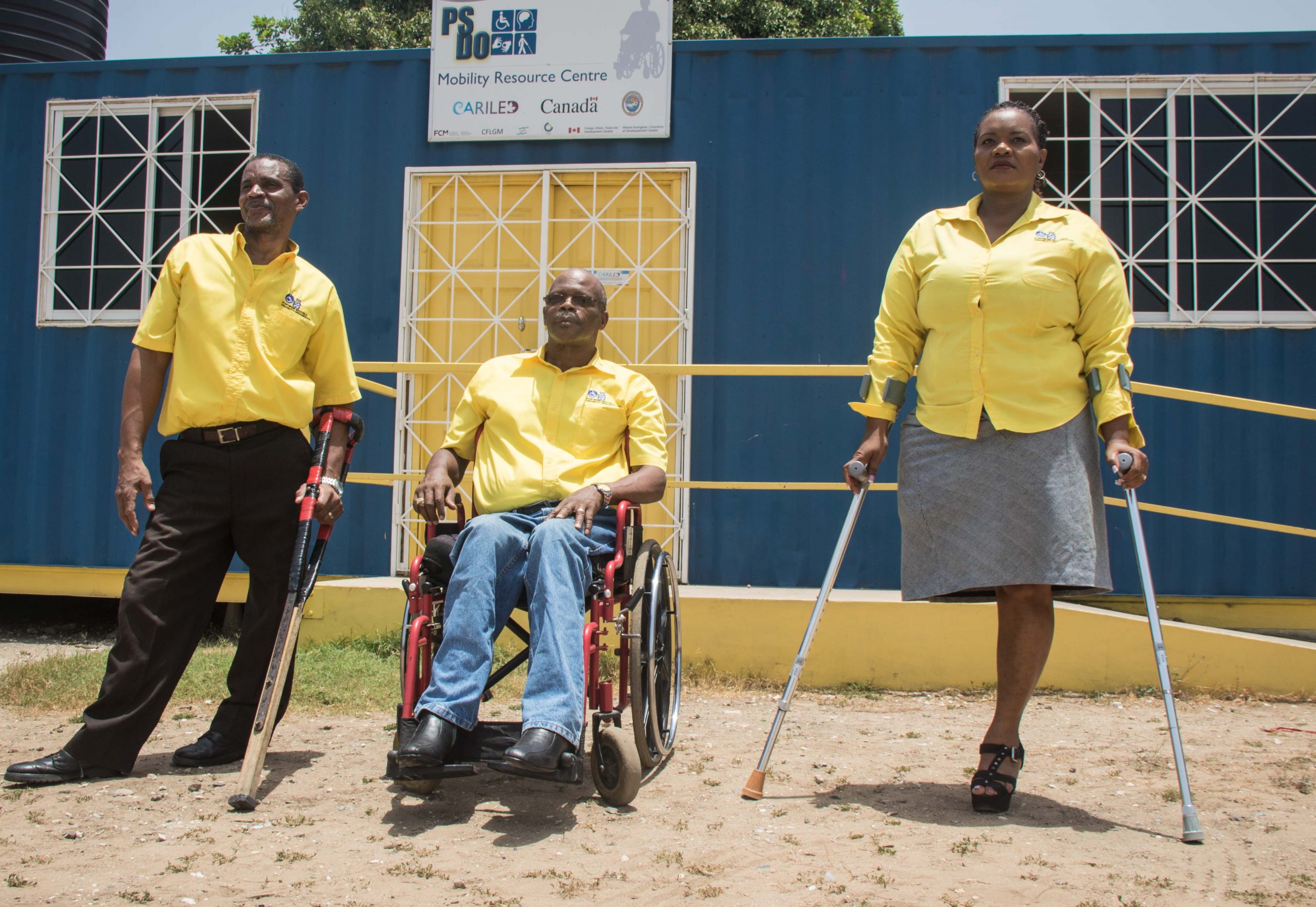 Sitting in a wheelchair is an uncomfortable experience if it isn’t adjusted for you, or you are not sitting properly, says Bridgette Johnson-Beckett.
“The Portmore Self-Help Disability Organisation (PSDO) Mobility Resource Centre was developed to help individuals tackle such problems,” Johnson-Beckett states. The manager of the Portmore-based centre adds that it also repairs mobility aids, and provides consultations on the adaptation of public and private spaces to the physically disabled.
“People who sit in wheelchairs for hours can get injured if they are not comfortable,” Johnson-Beckett said. “There is need for the users to be educated.”
There are optimum adjustments for backrests, footrests and armrests for each individual, with adequate cushioning also playing a vital role, she said. The PSDO offers training in the proper use of such devices and also provides a home service for customers, primarily in the Kingston Metropolitan Area and St Catherine.
Expertise in tackling such issues emerged through the original Portmore Self-Help Disability Organisation advocacy group, which she started 15 years ago after she was robbed on her way home in Greater Portmore one night. Then a telephone operator at The Gleaner, Johnson, who lost a leg in a childhood accident, was trapped in an open grating on a canal bridge, at which point a passer-by stole her handbag.
“After that incident, I looked around in my housing scheme to determine if there were other persons with special needs,” she said. “And we got together to advocate for improvements in the layout of the houses and our environment.”
While the group failed to achieve its goal, its advocacy ensured that subsequent developments would include units designed to accommodate the needs of the disabled. And Johnson-Beckett formalised her role, becoming the full-time manager of the group after receiving training at the University of the West Indies.
“We now offer consultation on the reformatting of private and public spaces to accommodate the physically disabled,” she said. Support from the JN Foundation and USAID, through the Social Enterprise Boost Initiative (SEBI) project team, has also expanded the PSDO income-earning options.
The advocacy group, which began meeting regularly at the Portmore HEART Academy, expanded its scope to include persons with a broader range of disabilities, such as the elderly and stroke victims, and soon realised that one common need within their community was the requirement for access to mobility aids.
“That was when we started to repair wheelchairs, crutches, walkers, and canes,” she said. “We secured land in Gregory Park in Portmore and established a permanent home, where the repair and maintenance work could be done.”
… Watch out for the prototype wheelchair on April 20
It was at the point of establishing its own home that engineer Harold Buchanan became involved with the development of the PSDO Mobility Resource Centre.
“I started working with the group five years ago, providing support in repairs to wheelchairs, and other devices such as rollators,” he said. “This work, which is carried out by PSDO members, not only saves money, but also extends the life of the devices.”
Buchanan is particularly pleased with a prototype wheelchair under construction at the centre. He said, “We plan to have it on display at our first open day on April 20 at the PSDO Centre in Watson Grove, Gregory Park, and we are inviting the public to come and see them.”
Opal Whyte, project manager for SEBI (www.sebijm.com), pointed out that “the PSDO Mobility Resource Centre is an outstanding example of a social enterprise. It started out filling a need in the community, and is now developing a business which serves to further its social aims.
“This is one of more than 20 such enterprises which we are working with to develop their capacity to become self-sustaining,” Whyte stated. “At SEBI, we are leaders in the social enterprise field, in which Jamaica is the most advanced country in the entire Caribbean.”
As a project of the JN Foundation and the United States Agency for International Development, SEBI aims to mobilise resources for community development, Whyte stated. “The PSDO has many admirable traits, and they are making a positive difference in the lives of people around them.”