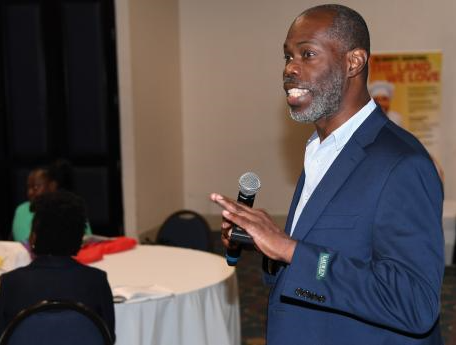 The head of the Tropical Metabolism Research Unit (TMRU), at The University of the West Indies (UWI), Mona is recommending that maternity leave be extended from three months to six months.
Professor Marvin Reid said the extension would allow lactating mothers to exclusively breast feed their babies for at least six months, as recommended by the World Health Organisation (WHO).
“I agree with you that the maternity leave, as currently constructed in law, is relatively too short; and thoughts need to be given to have it extended. Thought also needs to be given to creating an enabling environment, which purports proper nutrition of the infant; and encourages breast feeding, as much as we can, in the work place,” he said.
Reid made the recommendation, as he responded to a question from a participant in the Dudley Grant Memorial Trust Early Childhood Development Conference, held at the Jamaica Pegasus Hotel, recently.
This followed his presentation of recent research findings by the TMRU which revealed that several mothers reported that they did not exclusively breastfeed for six weeks. He stated that the data was drawn from six weeks of clinics, at health facilities across the country.
“Roughly half of the women reported exclusively breastfeeding their infants at six weeks, when interviewed which is bad,” he said; and pointed out that, “This was an infringement on the rights of the child to proper nutrition.”
He said the TMRU went a bit further, by doing an objective measurement of breast feeding, to test the accuracy of reported data through a small sized sample, conducted in rural Manchester; and which showed that two thirds of the women were exclusively breastfeeding at six weeks.
However, a similar experiment in the Corporate Area showed that only about one third of women were exclusively breastfeeding at six weeks. He also stated that a longitudinal study was done on the babies of these mothers for a year.
“Most importantly, and perhaps most significantly, what has consequences later on, is that babies who were breastfed, got more protein from their mommies; and at one year-old, were less fat,” he revealed, noting that they were less likely to become obese when they were older.
The UWI professor, who is the grandson of Dudley Grant, commended the work of the Dudley Grant Memorial Trust, which was also celebrating its 30th anniversary.
The conference was held under the theme, “Embrace Children’s Rights: Secure our Future,” ; and it coincided with the 30th Anniversary of the 1989 Declaration by the United Nations Convention on The Rights of the Child.
Onyka Barrett Scott, general manager of the JN Foundation, in delivering greetings on behalf of Earl Jarrett, chief executive officer of The Jamaica National Group, said that the Dudley Grant Memorial Trust should be commended for applying current theories of learning, teaching, and child development to solve problems in primary schools, especially those which catered to children who were being raised in less fortunate conditions.
“Your knack, to provide research-based publications to guide the sector, is enviable. Some of these publications included: training manuals, and teaching learning materials. And, as you look forward to another 30 years, we wish the Dudley Grant Memorial Trust continued success in all of its educational initiatives,” Barrett Scott said.