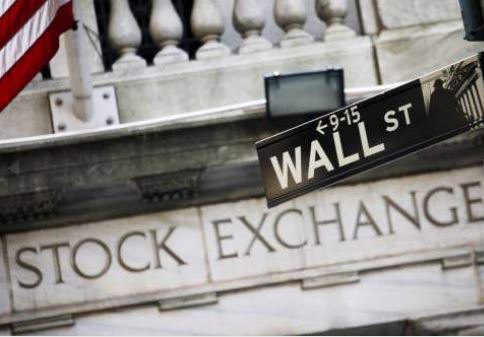 In an effort to correct what the Caribbean Policy Research Institute (CaPRI) has estimated to be losses of US$12.8 billion annually in unexploited revenue from the diaspora, the Jamaica Stock Exchange (JSE) hopes to double the number of Jamaicans investing on the stock market by 2019.

“You have a choice as to where you put your money — Wall Street or Harbour Street.” attorney-at-law Marlon Hill told members of diaspora who gathered at the JSE for a closing bell ringing ceremony on Wednesday.

The event formed part of the week-long Jamaica 55 Diaspora Conference held at the Jamaica Conference Centre, which focused on issues affecting Jamaicans living overseas while exploring how the public and private sector could create a more efficient system to capitalise on untapped revenues from the diaspora.

“If you love GraceKennedy products, why not invest in the company? The bread, biscuits, logistics — all of them are listed on the Jamaica Stock Exchange and its only US$100 to open an account with the JSE.

“There’s a total of six million of us on and off the island, and of the population on island, only 10 per cent of Jamaicans have participated in the JSE. We would like to grow the participation by 10 per cent for both Jamaicans here and those living overseas,” Hill continued.

Deputy General Manager of JSE Robin Levy reasoned that the Jamaican culture, unlike other cultures where people buy stocks for their grandchildren as gifts, could play a role in the minuscule amount of Jamaicans investing locally.

CaPRI’s study, entitled ‘Value of the Diaspora to Jamaica’s Growth Agenda’, also found that investment in local businesses, banks, and the stock market has the highest area of untapped economic potential from the diaspora market.

According to the study, the diaspora currently invests US$330 million in banks across Jamaica and another US$230 million in local businesses. Investment in the stock market totalled US$175 million. However, the study reveals that country has the potential to raise up to US$12.8 billion in revenues annually from investment.

Jamaica’s stock market was recently named the best performing stock market in the world and since the beginning of the year saw its index move up 22 per cent. Over the last three years the market has had annual increases in index of over 52 per cent.

Local and international investors have a total of 66 companies to consider for investment, but that number is expected to be increased by the end of 2018 with the introduction of the JSE Social Exchange.

“We are planning to start a social enterprise exchange which will allow people who have community-based organisations like Deaf Can!, which is not only making a profit but is also impacting the deaf community through job creation, to raise funds on the market,” Levy told the Jamaica Observer.

Plans are that the social enterprises will list on the JSE to support expansion programmes or pay off debt. Social enterprises seeking to list on the JSE will also adhere to proper governance procedures as that of other companies listed on the exchange. According to the JSE, a broker will help the entity in determining a stock price that will be attractive to public.

“There is also crowd funding for early-stage social enterprises where friends and family will want to help out. But once they grow beyond a certain stage and they realise that there is future business in what they doing, there will be a stock market for them to list their securities. Who knows? You can have Deaf Can! coffee all over the world,” Levy told the Caribbean Business Report.

JSE said it is partnering with the British Council and Jamaica National Small Business — which is already working with a number of social enterprises through the Social Enterprise Boost Initiative — along with Professor Kadamawe Knife from The University of the West Indies in determining the number of enterprises to be listed.

“There is a huge trust issue in the diaspora; a lot of them have sent money to friends or family to invest in businesses and those monies quite often disappear. So what the Social Exchange will add is that level of integrity, trust and accountability that is usually lacking in just giving it to family or friends to formalise it.

“Some people say its red tape. It’s not really because people are investing their money ,and you have to be accountable for how that money is used and to give them a return. This is not a begging situation, it’s investing in Jamaica, doing good and making money while you’re doing it,” Levy said.